It took Mick Terry a very long time to record and release his second album ‘Days Go By’.  The record started to take early form just a year after his 2010 debut ‘The Grown Ups’ and a couple of songs – ‘Pop’s A Dirty Word’ and ‘Riverbend’ – appeared online in early versions around that time.

The final record, though, seemed to have a tricky birth.  Real life got in the way.  Having a Transatlantic producer and differing time zones didn’t help.  Eventually making its way into the world about five years later than planned, ‘Days Go By’ was worth waiting for.  Each one of its tracks resembled a classically retro pop nugget; a musical love letter to AM radio artists like Andrew Gold and 10cc.

END_OF_DOCUMENT_TOKEN_TO_BE_REPLACED

In 2018, Real Gone celebrated its ninth birthday. It’s been a long and hard road to this point, but we’re pleased to be celebrating our most successful year online to date. Hundreds of new albums have been heard and a record number of gigs have been attended. Not only has this year been our biggest success…it’s also been our favourite.

Nearing the close of 2018, it’s time to look back and celebrate our favourite events – including our top ten  album releases…

Normally, each year has an album that’s a clear stand out. Making that distinction this time around has been somewhat trickier, so we’re awarding a joint “album of the year” to two very different albums. If that seems like a cop-out, we don’t care…there really was only a hair’s breadth between them.

END_OF_DOCUMENT_TOKEN_TO_BE_REPLACED 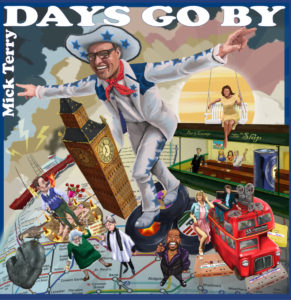 END_OF_DOCUMENT_TOKEN_TO_BE_REPLACED

As we head into a new year at Real Gone, we’re committed to our ongoing voyage of musical discovery…and we really hope you’ll join us for the ride. Our inbox is bulging with new promos and we’re ready to share our opinions with you all.

Before we set off, though, here’s a quick look forward. There will be a lot of musicians either coming up through the ranks or making their first important musical statements throughout ’18 and – as always – we’ll do our very best to champion some of the more interesting but, in the meantime, here are our five picks most hotly tipped to either make the leap to bigger things or release favourite tracks. END_OF_DOCUMENT_TOKEN_TO_BE_REPLACED