In 2018, Dot Dash made the album of their career with ‘Proto Retro’. By making the jump from indie punk sounds to a mod influenced power pop, they became more commercial, but with that came some truly great chorus songs. [You can listen to the album here.]

END_OF_DOCUMENT_TOKEN_TO_BE_REPLACED

Cult power pop heroes Dot Dash have a few shows confirmed for May 2019 and beyond, as part of the promotion for their 2018 album ‘Proto Retro’.  Two shows are support slots with The Undertones, something guaranteed to bring their work to a few new ears…

END_OF_DOCUMENT_TOKEN_TO_BE_REPLACED

Dot Dash’s 2018 LP ‘Proto Retro’ is easily the best of their career.  For the prolific band, the album very much presents a turning point: they’ve dispensed with the punkier elements and Mod based experiments.  Instead, ‘Proto Retro’ concentrates on the band’s power pop interests.

END_OF_DOCUMENT_TOKEN_TO_BE_REPLACED 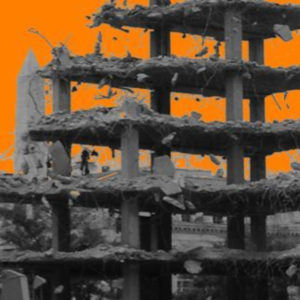 END_OF_DOCUMENT_TOKEN_TO_BE_REPLACED

Washington’s Dot Dash have been releasing independent albums since 2011, but their current release ‘Proto Retro’ is far and away their best yet.  They’ve embraced a more commercial style which really should appeal to the power pop crowd.