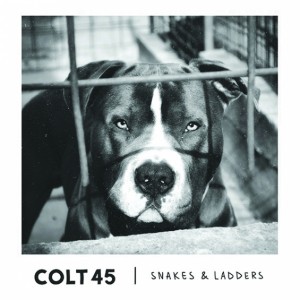 END_OF_DOCUMENT_TOKEN_TO_BE_REPLACED

It’s a busy time for Cumbrian punks Colt 45. Not only do they have a new EP out soon, but they’ve also announced a string of European headline dates. The new video and details of the live dates can be seen below.