After a fairly devastating year, 2021 got off to an equally wobbly start due to a global pandemic still dragging its heels and refusing to leave.  With no sign of big UK gigs returning any time soon and a lot of smaller, DIY bands really missing being on stage, everyone turned to Bandcamp and other similar websites for continued entertainment.

On the plus side, this has kept Real Gone busier than ever. The first quarter of 2021 has been our busiest to date, with bands and labels approaching us by the hundred, looking for good quality coverage.

END_OF_DOCUMENT_TOKEN_TO_BE_REPLACED 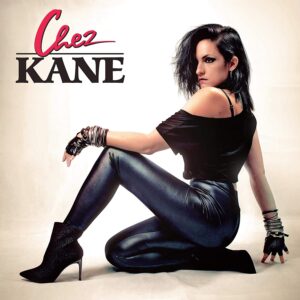 On her debut disc for Frontiers Records, British singer Chez Kane is absolutely unafraid of delivering some very retro material. With the help of Crazy Lixx guitarist Danny Rexon, she reawakens the classic sounds of 80s AOR, drawing influence from songwriters like Jeff Paris and Diane Warren, along with the sounds of Vixen, Lita Ford and Robin Beck to create a brilliant album that seems absolutely loaded with nostalgia without being lumbered with a bunch of easy cover tunes. There’s plenty about the album’s crisp sound and relentless stabbing keys that might even make you believe you’d stumbled across a lost recording from 1989. If you’re a fan of classic AOR, this is obviously a very good thing indeed.

Although Frontiers Records are very clearly pushing Kane with equally retro sleeve art and marketing her as “singing eye candy” much in the way Lita Ford and Fiona had been back in ’88, she deserves so much better, especially during the more enlightened climate at the time of release in 2021. It’s best to ignore the cheap looking sleeve as much as possible and head straight into the tunes. …And armed with ten chorus driven bangers across a vinyl friendly forty five minutes, Kane really doesn’t disappoint.