On top of all of that, muxh-loved ex-vocalist Jon Anderson is on tour in the US with members of the Paul Green Rock Academy. For those unable to make any of the scheduled dates – and specifically Jon’s legions of UK fans – there’s some consolation, since Anderson has shared a new performance video of ‘Heart of The Sunrise’, which you can watch in full below.

The highest end of Jon’s voice may be a little more subdued these days, but it’s a solid performance all round, with the Rock Academy folks absolutely nailing the complex jazz sections of the track. The full run of live dates is confirmed in the poster below.~~

You can also read a review of Anderson’s ‘Animation’ album here. 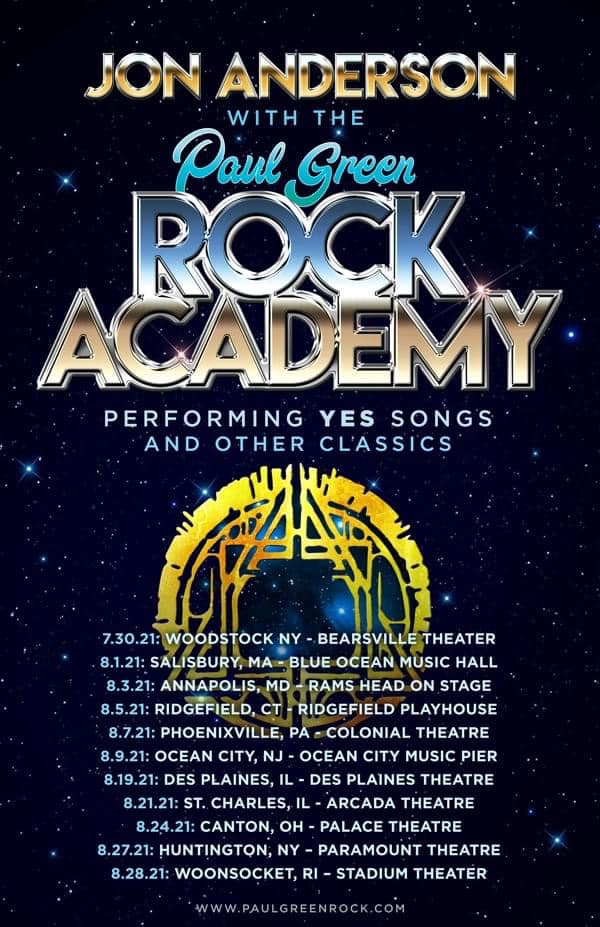