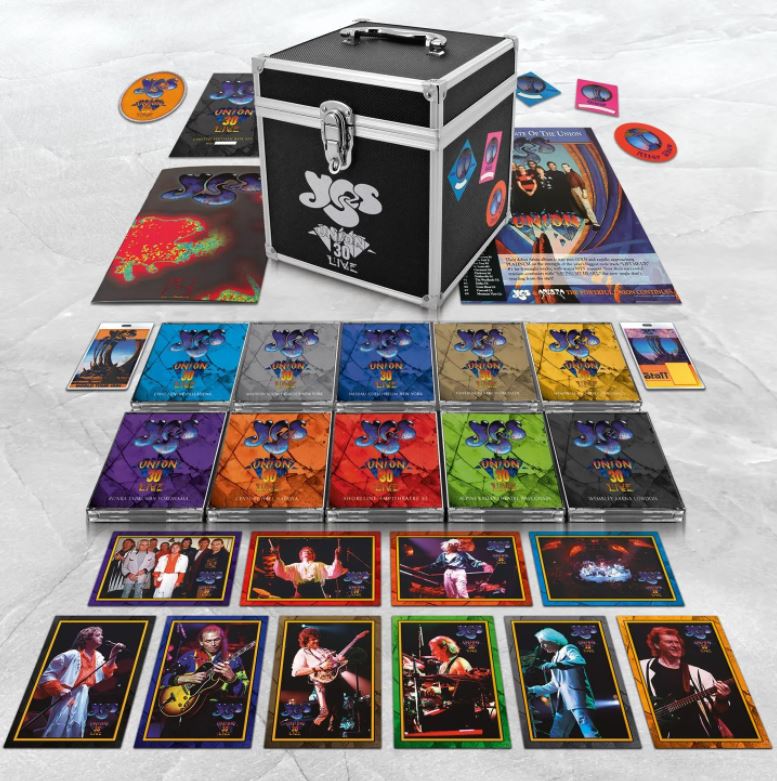 The tour was a different matter. The ‘Union Live’ shows were the first time fans got to experience many of the members from Yes’ long and complex history sharing a massive stage.  More than a celebration of a new album and shared history, the tour allowed all aspects of the back catalogue to be celebrated in style.

A couple of the US shows from the tour were released by Gonzo Multimedia in a limited edition CD/DVD set a decade ago, but the deluxe version of ‘Union Live’ quickly became impossible to find.

A new ‘Union Live’ box set for 2021 aims to be the definitive ‘Union Live’ release bringing together 30 discs – 26 CDs and 4 DVDs – and showcasing eleven shows.  Taken from different sources ranging from official recordings and fan-sourced materials, it won’t all meet the standards of the most picky audiophile, but in terms of historical interest, the collection promises to be unbeatable.

The shows included are as follows:

Also included in the box set are various pieces of ephemera, including a reproduction tour programme, reproduction laminate and limited edition certificate.

A video clip of ‘Roundabout’ live can be seen below.  The massive box set can be ordered here.