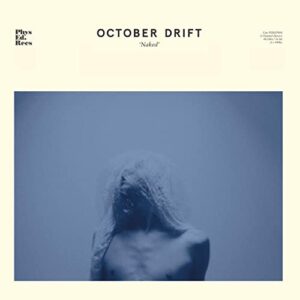 A stop gap release rounding out a somewhat troubled year, the ‘Naked EP’ from November 2020 reworks two of the album’s key tracks acoustically, but also gives fans two previously unheard tunes in a stripped down mould. If there were previously any doubt, this EP shows off some great song writing chops; without the various louder moments and other tricks acting as a musical distraction, the songs are left to stand on their own. What’s immediately clear is that, for all of its inherent sadness, frontman Kiran Roy has a great voice; his performance throughout the acoustic version of the title track maintains a great presence with its rich and velvety tones. The fact that he sounds like he’s dealing with all the emotional baggage in the world just adds to the atmosphere. With crisp acoustic strums and a sparsely used piano as his only accompaniment throughout the first verse, you have no choice but be drawn in by his performance. The belated addition of orchestration fleshing out the chorus makes the recording sound much older than it is and some might hear traces of Nick Drake’s ‘Five Leaves Left’; other listeners might pick up on something that isn’t a million miles away from Roo Panes. Whatever your take, in the acoustic format, this really works, and is especially effective during a swelling climax where those strings swamp everything. The recording itself sounds like the original album cut with the noisier elements mixed down, but in some ways, that’s all that was needed here. Obviously, since the number had a strong acoustic guitar and piano core, this makes perfect sense; there’s very little point in drastically reworking something if the basis of the material works fine as is.

‘Cinnamon Girl’ (not a cover of the Neil Young classic) replaces the cold, almost goth-pop guitar sound from the intro with straight acoustic strums, but retains every bit of an important core melody. As before, the vocal is key to the performance in many ways, and this especially becomes the case when the chorus hits. The original recording offers a brilliant wall of sound, like the band had borrowed bits of My Bloody Valentine and Deftones, magpie style. Once reduced to its very musical essence, that chorus latches firmly upon a great vocal melody, while mellow and mournful strings flesh out the musical arrangement. Naturally, this means guitarist Daniel Young spends most of the track with far less to contribute, but between those string sounds and some great harmonies – presenting vocals that aren’t really given their moment to shine on the original take – it’s a great recording, whether or not the guitar parts take the lead.

For those who bought the album upon release and have since hankered after new songs, ‘Naked’ offers some salvation via two previously unheard numbers. Presented in the same minimalist style, both ‘Still’ and ‘Like The Snow We Fall’ are fine additions to this release. ‘Still’ in particular, really shows off October Drift’s acoustic chops. While not as complex as, say, Nick Drake or John Renbourn, Young’s playing contains more than a trace of those past greats in the way he latches upon a folk derived, finger-picked style. The natural recording captures the sounds of fingers sliding across frets (always cool) and the way he transposes that retro sound to a more indie-folk based song gives the band something very interesting to work with. With a strong musical backdrop in place, Kiran offers a brilliantly sad delivery throughout and although never overused, the blending of voices echoes past works from Fleet Foxes, giving October Drift an instant classic in the process. Rarely sounding much more than a rock-pop strummer that could be an old Coldplay tune, ‘Like The Snow We Fall’ is the EP’s weak link, but although isn’t as impressive musically, it still has its own charm. Any over simplification in the musical department is balanced by a great vocal where Roy channels both ‘Evergreen’ era Ian McCulloch and a little more of The National’s inherent glumness to give a great performance. Combined with a lyric that appears to hang upon the fleeting nature of life, it doesn’t always feel entirely positive, but a familiar moody style and a great vocal presence is enough to see it through.

If you’re already familiar with ‘Forever Whatever’, you know you want this. Its four songs allow more of an introspective and personal look inside October Drift’s songwriting process and although primary designed as stop gap, there’s more than enough here to keep fans happy. Perhaps more importantly than that, at least three of these recordings are powerful enough to entice new listeners into the band’s dour, yet wondrous world. For those who love downbeat indie-pop and miss Kitchens of Distinction and would love something to compliment the works of Yard Arms, this acoustic EP should more than suffice.