The full details of the box’s contents are detailed in the below press materials.

A piece on Uriah Heep’s ‘Firefly’, featuring Hensley, can be found here. 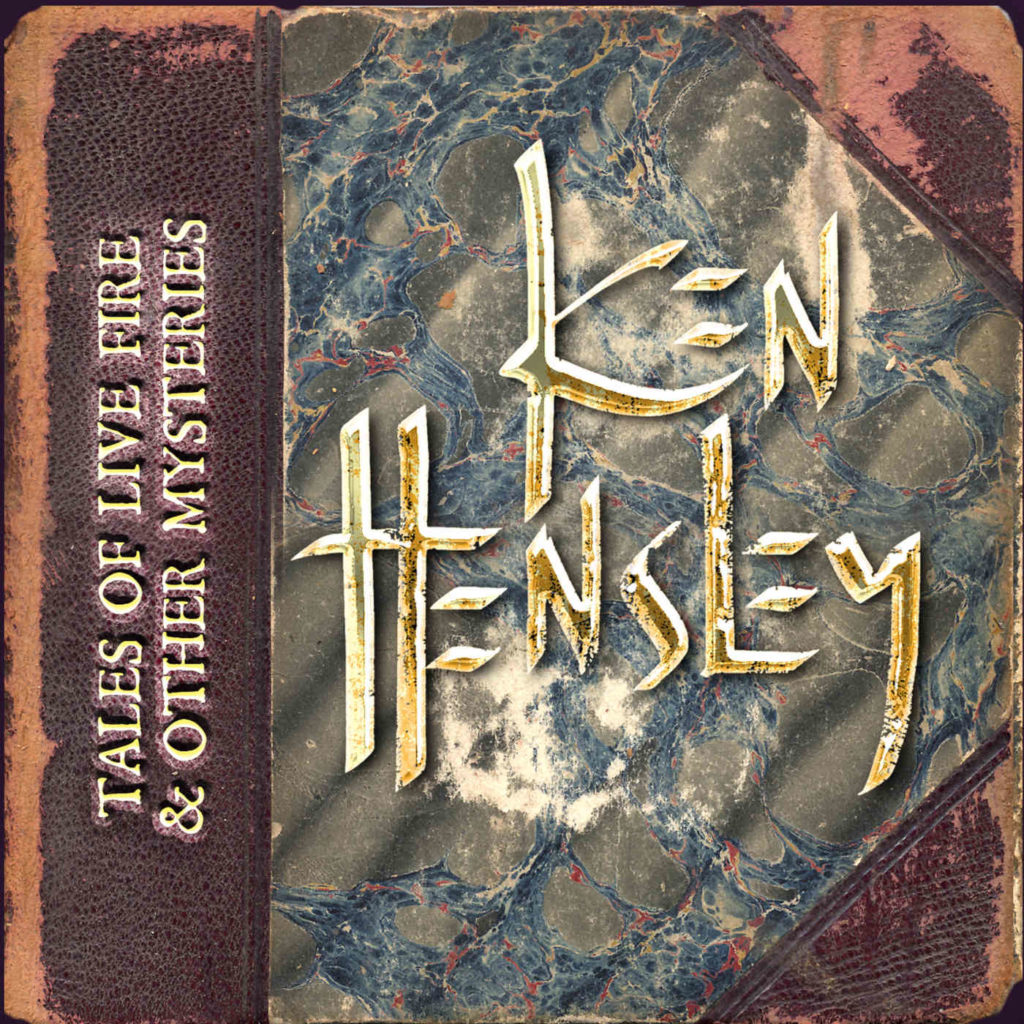 Although it’s fair to say that Ken Hensley, as a musician, a songwriter and artist, is probably best known for the decade he spent in Uriah Heep, from 1970’s “Very ’Eavy… Very ’Umble” through to 1980’s “Conquest”, as the band’s keyboard and organist, guitarist, and often their principle songwriter, Ken has forged a varied and exciting musical career over the past 50+ years. From stints with bands as wide ranging as southern boogie merchants Blackfoot, to shock rockers WASP, it’s as a solo artist, and with the band Ken Hensley & Live Fire, that Ken has secured his enduring legacy. Following on from last year’s “The Bronze Years 1973-1981” collection comes “Tales Of Live Fire & Other Mysteries”, a 5CD set that revisits two prolific years for Ken, with albums released in 2012 and 2013.

• CD1: “Love & Other Mysteries” is the result of three years spent in the studio, crafting an intensely personal album; the writer of such Uriah Heep classics as ‘Lady in Black’ and ‘July Morning’ created his deepest work to date. As Ken explained, “No-one is free from emotion and its effects. No one. I am a poet and songwriter with the dreams and ambitions of an 11-year-old boy still running rampant in my heart. The songs on this CD came to me as naturally as breathing, from the source I have always believed in and in which I now believe more strongly than ever. I think this CD represents a very positive shift in my musical focus and for me it is exciting to travel new and unexplored territory. It must be every songwriter´s dream to be able to make a record in this way! I know it was mine. The lyrics are the single most important thing on this album and it is these words that were permitted to produce and guide the direction of the album”. “Love & Other Mysteries” sees Ken joined by guest vocalists, including Glenn Hughes, Santra Salkova, Sarah Rope, Irene Forniciari & Roberto Tiranti, all of whom complement a record that is fulfilling and sincere in its message.

• CD2: The second disc of this set finds Ken unplugged and at his very best. Recorded live at ¨La Caja Negra¨, Las Cigarreras, Alicante in Spain on 20th August 2012, this great selection of songs captures the Heep years along with a tasteful selection from his solo career. Highlights include legendary ballad, ‘Wise Man’, as well as a stripped down ‘July Morning’. According to Ken, “I really like doing these solo shows, although the whole experience is obviously totally different from, say, a Live Fire concert. Truth is… I just love to play and sing! If I stop to think about it though, the idea of being on stage alone, with just my acoustic guitars, my piano and my book of songs is quite intimidating…. but that´s where the secret is… I don’t think! I prepare and I practice so I am as ready as I can be and so I can relax and enjoy being with you and playing and singing for you. YOU are the reason I do what I do. YOU are the reason I am on stage and in the studio, so I am happy to dedicate this CD to YOU, with grateful thanks, from the bottom of my heart. God bless.” Ken

• CD3/4: In 2006 Ken formed the band Live Fire, providing his trademark keyboards, guitar and vocals, alongside Norwegians Ken Ingwersen, Eirikur Hauksson, Sid Ringsby & Willy Bendiksen, initially just to perform Ken’s songs live. Closer in spirit to the classic, melodic hard rock of Uriah Heep, “LIVE!!” captures Ken Hensley & Live Fire on their 2012 European tour, at live dates in Switzerland and Germany whilst promoting Live Fire debut, “Faster”. Kicking off with ‘Set Me Free (From Yesterday)’ and ‘The Curse’, “Live!!” is also a treat for fans of all things Ken, including unique versions of Heep classics ‘Look At Yourself’, ‘July Morning’, ‘Easy Living’ and ‘Gypsy’, and even delving as far back as ‘Rain’, originally recorded for his debut solo LP, “Proud Words On A Dusty Shelf”.