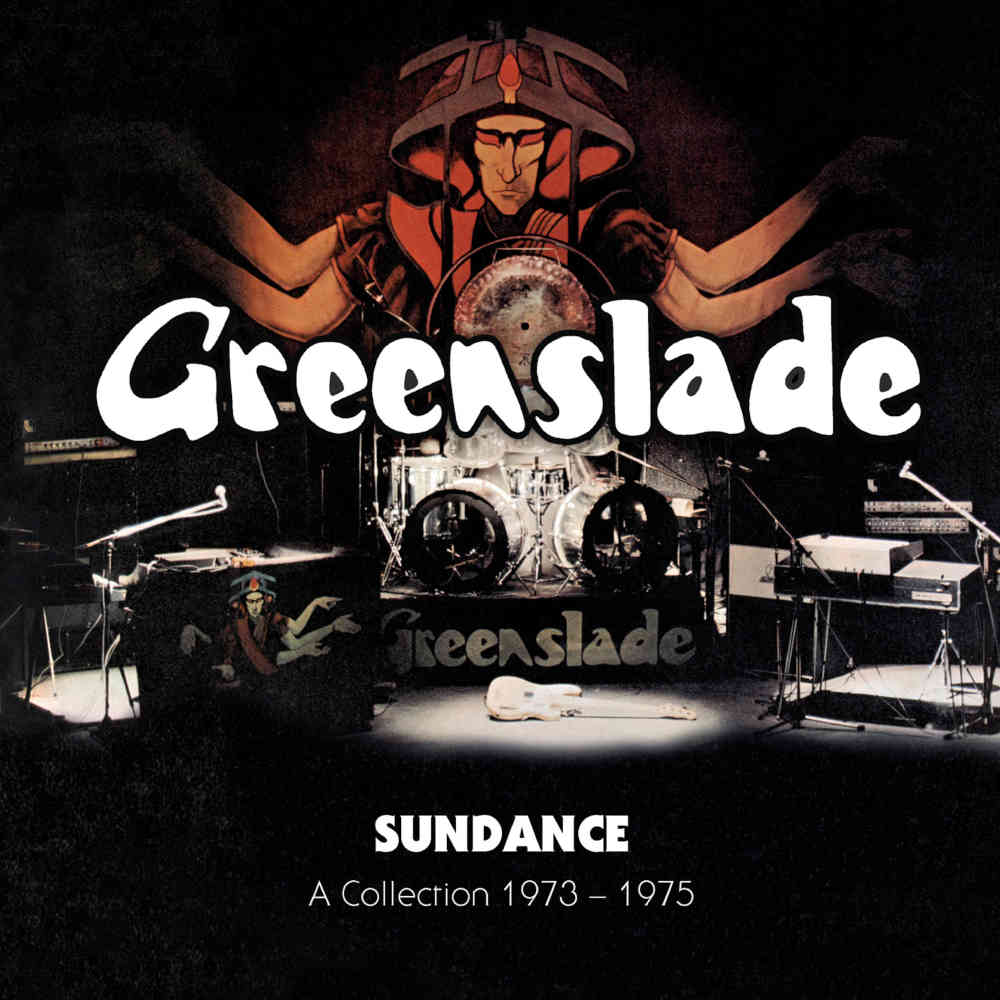 Ideal for those unfamiliar with the band’s 70s work, ‘Sundance: A Collection 1973-1975’ brings together various key recordings in one package.  Classics ‘Joie De Vivre’ and ‘Spirit of The Dance’ (from the excellent ‘Spyglass Guest’) can now be enjoyed alongside fan-loved earlier cuts like ‘Pilgrim’s Progress’, ‘Melange’ and ‘Bedside Manners Are Extra’.

For the fan who needs everything, the anthology offers one genuine rarity in a hard to find live recording.  Unavailable for many years, a live recording of ‘Feathered Friends’ from the band’s appearance at the 1973 Reading Festival makes its debut on a Greenslade disc.

More info on the new anthology can be found in the press release below.

Esoteric Recordings are pleased to announce the release of a new re-mastered edition collection by the legendary band GREENSLADE.

Formed in 1972 by former Colosseum keyboard player Dave Greenslade, the band also featured former Web and Samurai member Dave Lawson (keyboards, vocals), former Colosseum bass player Tony Reeves and drummer Andrew McCulloch (formerly with King Crimson and Fields). The calibre of the members of Greenslade ensured that the group would be innovative, ground breaking and dynamic in their musical approach and would also be notable due to the absence of a guitarist within their ranks. Their self-titled debut album was released in February 1973 to much acclaim and featured such tracks as ‘Melange’, ‘Drowning Man’ and ‘Sundance’. This was followed later in the year by the classic album “Bedside Manners Are Extra”, another fine work featuring the legendary title track and pieces such as ‘Time to Dream’ and ‘Pilgrims Progress’. August 1974 saw the release of Spyglass Guest, the band’s most commercially successful and much-loved album, with compositions of the calibre of ‘Joie de Vivre’, ‘Spirit of the Dance’ and ‘Melancholic Race’.

This collection gathers together the highlights of the four Greenslade albums originally issued by Warner Records between 1973 and 1975 and includes the rare live version of ‘Feathered Friends’ recorded at the Reading Festival in August 1973. Sundance – A Collection also features an illustrated booklet with essay.