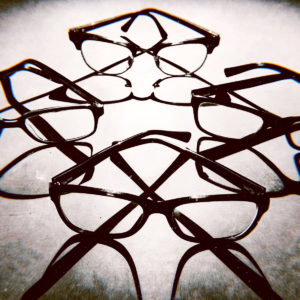 Following 2018’s ironically titled ‘Greatest Hits’, “sparkling gloom” band Green Piece’s 2019 EP ‘Whatever’ displays a slacker’s sense of humour contrasted with some some pretty tough power pop chops. One of the best examples of their sound to date, ‘Stacy’s Dad’ openly mocks Fountains of Wayne, at least on the surface – and fans of that band will love these guys – but scratching a little deeper, it’s a track that brings together broader influences.

That song’s love of muted guitar chords allows it to fall somewhere between early 80s hits by Rick Springfield and a couple of classics by The Cars, while a much more aggressive chorus harks back to the fuzzy pop angst of Veruca Salt and a vocal that’s part quiet disquiet and part yelled angst is guaranteed to take listeners back to the 90s. With a constant push and pull between melody and moodiness, it’s a track that won’t necessarily grab you on first listen, but pretty soon seems guaranteed to lift your spirits and evoke lots of good memories. If Green Piece only ever intended their music to inspire good times, they’re already on the right path.

With such a strong sense of identity set in place, it seems odd that the band would take such a quick musical sidestep, but the hazier ‘Secret Garden’ brings far more of neo-psych/dream pop vibe beneath another set of 90s inspired riffs. The main melody occasionally hints at ‘Soma’ by The Smashing Pumpkins, but a half-buried and lax female vocal has far more in common with UK bands like The Cranes and Lush, neither of which could ever be considered an unwelcome influence, whether invoked intentionally or otherwise. With a wavering sense of melody, a dual vocal and a feeling of being adrift, this is a contender for the EP’s best track, probably because it feels so detached.

In terms of all round accessibility, ‘NPC’ quickly delivers on a big riff. The overdriven style, again, has a truckload of 90s alt-rock charm, but it’s the way the pop-inflected vocals dance across the wall of sound that really makes the track work. From it’s early beginnings, bringing together the volume and drive of Velocity Girl and the enthusiasm of Letters To Cleo, it’s a number that’s instantly great. However, the time taken on the recording to ensure the multi-layer various pop-oriented harmonies during the mid section suggests Green Piece have bigger ideas and these more complex vocals lift the track to new heights.

These three tracks provide a great intro to this Massachusetts based band. Each one shows a different side to the band, yet the songs still feel as if they really belong together. For lovers of 90s retro noises, this is an EP not to be missed.

Grab your free download from their Bandcamp page via the link below.