Neither album is exactly a stranger to the reissue market. ‘Live At The Witch Trials’ first got a CD release in 1989 (a now hard to find edition on Miles Copeland’s IRS label); it was then subsequently reissued as an expanded edition with three bonus tracks (Cog Sinister Records, 2002) and then a lovingly comprehensive 2CD set (Castle Communications, 2004). ‘Dragnet’ has already been revisited in a similar fashion, with 2002’s ‘Dragnet +’ adding a couple of vital non-album singles plus their relevant b-sides and a 2004 CD expanding on that even further to also include various rejected early takes of ‘Rowche Rumble’ and ‘In My Area’.

The 2CD ‘Witch Trials’ was very well compiled and it seemed as if ‘Dragnet’ couldn’t get any better, especially with an Italian 2LP set on Earmark Records replicating the 22 track expanded Castle Communications CD from 2004 on a far more suitable format. So what exactly can Cherry Red add to an already covered market? 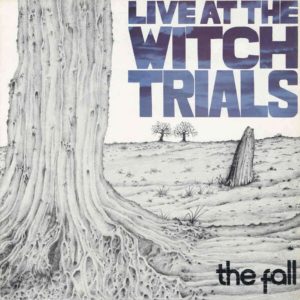 In the case of ‘Live At The Witch Trials’, unfortunately…not really a lot. The original album, of course, still sounds sharp and utterly uncompromising. While it could be lumped in with the emerging punk of the day, it has little in common with the sharp melodic charm of fellow Mancunians Buzzcocks and absolutely nothing at all in common with the politics of The Clash or the manufactured posturing of Lydon and the Pistols. ‘Witch Trials’ is utterly visceral; MES quickly asserts himself as a true original, fronting the angular noises of a band who sound as if they can just about play at times – or as would become apparent in years to come, could actually play very well but were often required to rough things up or take musical curveballs at Smith’s behest. Decades on, the crashing chords of ‘Industrial Estate’ still sound vibrant; the repetitious chaos of ‘No Xmas For John Quays’ has the potential to really aggravate the ears of the unenlightened and the catchy ‘Rebellious Jukebox’ provides an excellent early example of Smith’s love of seemingly unconnected lyrics but ultimately, gives the record a number that’s most memorable for its great music – and most specifically a fantastic bassline courtesy of Marc Riley.

As with the Castle 2CD reissue, Cherry Red’s 2019 edition couples the original album with all the necessary period singles, b-sides, some essential Peel Session tracks and twelve live tracks recorded at Mr. Pickwick’s in Liverpool, 1978. Basically, it’s absolutely everything that was included on the 2004 2CD deluxe is included, but spread over three discs. However, since the 2CD is long out of print, the 2019 reissue serves a vital purpose in getting ‘Witch Trials’ and the equally important ‘Bingo Masters Break Out’ EP back onto record shop shelves. Since the live tracks are so rough and have been issued twice previously, this reissue could’ve been improved by substituting the Liverpool show with the recording from Oldham ’78. That’s just as rough, to be fair, but original CDs [issued as part of the limited edition ‘From The Vaults’ series] are as rare as hens’ teeth. So, while there is not much for the hardened, obsessive fan – aside from box fetishists – for those who’ve never owned ‘Witch Trials’ before, this 3CD edition could still be considered a priority purchase. 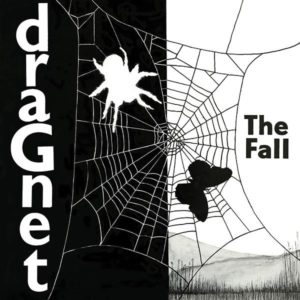 With a musical blueprint set, most would have expected The Fall’s second album to deliver more of the same…and to the more casual ear, it sort of does. However, for those who’ve spent a lot of years digesting the band’s wonderful, frightening and sprawling catalogue, ‘Dragnet’ so often feels like a different beast. It’s arguably much stronger and far more adventurous. Yes, it has the roots of the garage rock and punk that created ‘Witch Trials’ and those influences are still the driving force, but a fuzzier production, heavier bass grooves and an even more oblique approach to lyric constructs results in a much deeper album. “Is there anybody there?” Smith howls at the start of the record, immediately setting up a false idea that ‘Dragnet’ has the same sharpness as its predecessor and even after leading the band into a set highlight ‘Psykick Dancehall’, it feels more like a progression than a massive diversion. It’s one of the all time great Fall openers; a discordant and heavily repetitious workout that looks to new and more complex musical avenues which would become even more claustrophobic on their third studio record ‘Grotesque (After The Gramme)’. At other points during this mildly disturbed forty five minute garage freakout of an album, ‘Your Heart Out’ could easily be The Sonics fronted by a drawling and confrontational Englishman, ‘Put Away’ sounds like Hank Mizell’s ‘Jungle Rock’ put through the ringer by a loose band in a rehearsal space (no coincidence that a much later incarnation of The Fall would cover Mizell’s best-known hit) and ‘Before The Moon Falls’ applies the mechanics of Neu! to a garage rock tune that’s by turns rough and loose, yet at the same time manages to cling on to a fascinating and hypnotic rhythm. Throughout the album, Smith interjects with various lyrics that only he truly understands; his lax performance is a side step from the driven anger on ‘Witch Trials’ but he’s still not quite the semi-caricatured voice that most immitate-ah when talking about The Fall-ah.

‘Dragnet’ could never be called the best Fall album, but in context, it’s a fine snapshot of the era and a band of free-wheeling experimentalists, never looking back or ever looking to find a comfort zone. It’s an album best played loudly and without inhibition. If it’d been a mere retread of ‘Witch Trials’, there’s every chance The Fall wouldn’t have sustained five studio albums, never mind thirty one.

The 2019 reissue of ‘Dragnet’ is superior to ‘Witch Trials’ in every respect. The first disc replicates the Castle expanded edition from 2014 with the essential non-album singles and fan-pleasing alternate takes, but it’s with discs two and three where the fans get something in return. This deluxe box set includes two full live shows from 1979 with The Fall promoting ‘Dragnet’ intensely. As with the Liverpool ’78 show, the audio leaves much to be desired on both, but their historical importance cannot be understated.

The first gig from Retford sounds like it was recorded in front of an audience of eighteen people, but that doesn’t stop Smith tearing through the opening ‘Psykick Dancehall’ at a furious pace. His vocals are so low in the mix it’s hard to tell how much he’s inventing stuff on the spot – as was often his way – but there’s enough clarity to recognise his oft-imitated delivery, complete with high pitched squeals. The audio is rough, but the setlist immense: ‘Rowche Rumble’, ‘No Xmas’, ‘Fiery Jack’ and ‘2nd Dark Age’ all very much offer an insight into this still young band in full art-rock anger, but it’s ‘Rowche’s b-side ‘In My Area’ that really stands out decades on. This is partly to do with the twin guitar assault from Marc Riley (by now moved from bass) and Craig Scanlon sounding very sharp throughout, but also a lot to do with the locked groove that hints at later Fall works – something that sounds much more natural here than on its studio equivalent.

The second live CD captures The Fall just a month later on a visit to the US. This Los Angeles show again comes from a fairly poor audio source, but is actually much better, since there’s a reasonable amount of bass and Smith’s vocals are present for the duration. Whereas with the Retford show you were left to attune your ears and have to guess what kind of mood-ah MES was in, here it’s obvious for all to hear. Despite a source that sounds slightly warped, you get to spend the better part of an hour in the presence of Fall Mk 3 at full power. During ‘Rowche Rumble’ especially, the interplay between Scanlon and Riley sounds very jagged, while bassist Steve Hanley and drummer Mike Leigh keep everything tight.

Smith keeps stage banter to a minimum, though takes time to suggest that on this night ‘Your Heart Out’ is “full of trash” and warns the band “will let go for a bit” ahead of an ugly, sprawling eleven minute version of ‘Spector Vs. Rector’. A tune that’s wantonly minimalist at the best of times, when let loose in front of a small audience and MES in a frame of mind to string things out, it actually has the potential to turn away less than committed listeners. Somehow, though – probably due to being in the moment – it joins a crashy, cymbal heavy ‘Choc Stock’ and a very moody ‘Flat of Angles’ as a show highlight.

Both shows on discs two and three were previously issued as volumes 1 & 2 of The Fall’s ‘Live From The Vaults’ series in 2005. Since those discs were limited to 2000 copies each, their inclusion here is more than welcome, since all but the biggest Fall nut is unlikely to own either on hard copy. Yes, the sound quality could be better, but if you’re able to make it past the cassette sourced sound and a lot of distortion, they both provide a fascinating insight into a hard working band.

Retailing at mid price for three discs, the 3CD expanded edition of ‘Dragnet’ is a must-have for fans. There is a lot of song repetition, but with no two performances alike – especially in the case of the live discs – there’s a huge amount of interest for the Fall enthusiast looking for more than just the basics.

Although these albums may have been reissued more than once already and the live material has previously circulated, these are very useful reissues, especially for the fan who discovered The Fall much later. While neither set is absolutely complete – there are various live tracks from 1977 and the Oldham show from 1978 still AWOL – when explored as a pair, they get the “Fall Sound Archives” reissue campaign off to a great start.