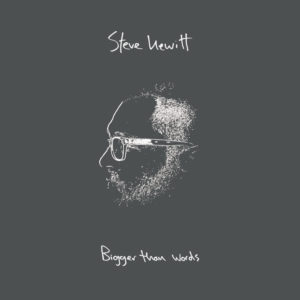 The opening number instantly catches the ear with a busy descending melody as Hewitt’s fingers set about some very intricate guitar work. Accompanied by a deep-ish and very soul influenced voice, the track sounds very full despite its relative sparseness on a tune where occasional keyboard drones and a multi-layered vocal part are a great touch. As the track reaches its climax, Steve’s voice soars in a manner that calls Hozier and John Legend to mind, and while the overall sound isn’t entirely original, the performance is pretty much flawless. ‘Fix Me’ moves deeper into a soul influence and features a great vocal and a chorus that includes some subtle harmonising. It’s one of those tracks that begins gently but builds very slowly. Eventually peaking with a moody piano and guitar in tandem, it has a weighty feel and a bigger sound without taking the focus away from Steve’s great voice. Factor in various muted, chopping strings and it’s a potential highlight. Those looking for something to really pull at the heartstrings should make a special effort to check out the self-explanatory ‘Healing & Hurt’, a track that often makes Hewitt’s core sound comparable to Damien Rice and the brilliant Lisa Hannigan, though of course, his deeper registers mean that vocally you’ll find more traces of an old soul singer. Throughout the recording, the strings work some real magic, adding haunting melodies in a timeless style, very much helping Steve offer one of his strongest performances.

Trading in the acoustic sounds for something more within the adult pop sphere ‘Pieces’ sounds like something David Grey might have recorded at his peak and, for some listeners, the immediacy and radio friendliness of the track will make it a favourite. It’s fairly decent as far as the style goes, but a touch more disposable. For lovers of acoustic sounds, ‘Pushing Me Away’ is bound to fare far better, with Hewitt returning to intricate finger-picked work throughout on a live sounding recording that really adds life to his performance. At almost every turn, you can hear sweaty fingers sliding across the frets – always something that gives a great effect – while a mournful cello really accentuates the sadness within the song. Atop the busy guitar work and atmospheric strings, his almost gospel-tinged voice sounds more at ease than ever. With lyrics concerning a failing a relationship, it’s got so many elements that should be relateable for lovers of all good singer-songwriters. In a change of mood, ‘Light Gone Out’ shows how Hewitt is a natural when it comes to nailing an Americana sound. With a very country melody in hand, he’s able to settle into a slightly higher register vocally, while playing his guitar in a harder and simpler way that gives off a fine ringing edge. One of the only times on the album where a full band is featured, the gathered session musicians do a first rate job and the near-perfect production values give the bass a real warmth. Keeping with the country flair, ‘Without You’ has a warm tune that occasionally sounds as if it might lapse into Dylan’s ‘Knocking On Heaven’s Door’ at any given moment and a lyric concerning relationship restlessness keeps everything in line with the genre’s expected conventions. You’ll have heard it all before, but a confident vocal and great melody are more than enough to see it through…and at the point you suspect it won’t get any better, Steve whips out a dobro solo, taking a great track to higher heights and making another album highlight in the process.

Closing an already great album, ‘Sad Sad Old World’ features more fragile finger picked melodies that occasionally waver towards a Shawn Colvin ballad but ultimately rest in Hewitt’s own style, allowing for a very natural end. With a heartfelt lyric regarding the media’s coverage of an ever faltering world around him and the act of human compassion, he’s really not pulling any punches already, but with the presence of haunted steel guitars echoing in the rear, the lilting country air gives off something that’s about as touching – and downbeat – as the title suggests.

‘Bigger Than Words’ is often subtle and sophisticated, but a couple of detours into full blown country moods and adult pop ensure there’s also a bit of variety along the way. With at least seven gold standard tracks featured within the old style forty minute playing time, it’s an album that never outstays its welcome or gets weighed down by filler. While there are times the arrangements veer close to being easy listening, in this case, that isn’t a criticism as the album very much presents the kind of singer-songwriter fare that really embeds itself over time. Recommended.