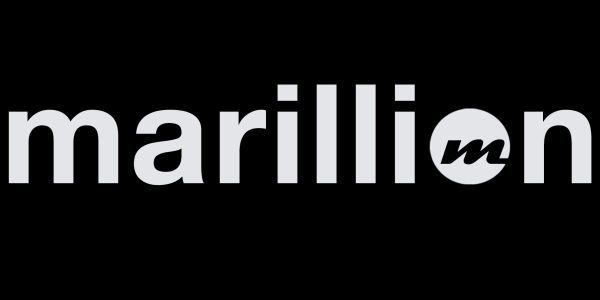 Following a dense concept album (1994’s brilliant ‘Brave’), Marillion reverted back to stand alone songs for their follow up album ‘Afraid of Sunlight’. Very much a fan favourite, when that album is good, it’s majestic. When it isn’t…you’re faced with ‘Beautiful’. Revisiting the “radio friendly ballad” mode as per 1991’s ‘No One Can’, ‘Beautiful’ deals with the concept of feeling strong and worthy while the world changes around you. It relies on lots of old clichés about leaves dying and even borrows a phrase from an old Small Faces tune (something rarely, if ever commented upon), but that isn’t always its biggest flaw. Frontman Steve Hogarth puts in a really forced vocal throughout, giving the effect of him reaching for high notes in a really unnatural way. It’s just annoying…and released ahead of the album, it just felt tossed off in comparison to ‘Brave’. At best, it’s bland. It’s almost saved by the pay off line where Steve reminds us to “stand up and be…beautiful”, since if we can’t respect ourselves and stand proudly, we shouldn’t expect love and respect from others, but nope. This one’s a skipper pretty much every time.

A jolly tune that apes 60s surf music, Phil Spector and other things, but played with a prog band’s sense of bloat, this one’s a travesty. Between some heavy handed music and a frankly silly lyric, it does more hefty damage to ‘Afraid of Sunlight’ as a whole and we’ve hated this since day one. Mark Kelly hated it during the recording too, apparently, so that makes us feel better. It’s worth noting that we’ve even had a few people try and “fansplain” this one to us, suggesting we’d “only understand it if we get that it’s a pastiche” and “you obviously don’t get that Mr. Wilson is about Brian Wilson”. Yes, we get it. Yes, we also get that the use of the word “microwave” in the lyric is a surf related gag and we understand the references to the sandbox too. In fact, we guarantee we’re far bigger Beach Boys fans than most Marillion fans will ever be. So there.

God, where to begin? Marillion’s rockier numbers always divide opinion, but with this track from 2008’s ‘Somewhere Else’ they really hit a sticky wicket. It has none of the bravado of the Van Halen-ish ‘Hooks In You’ or the confidence of ‘This Town’. It’s a lumpen dirge from the get go; the band sound truly uncomfortable throughout and the presence of a clichéd, one line “chorus” drives it further back into the cupboard of shame. At best, this should have been left on the pile marked “potential b-sides”, but since the CD single was pronounced dead at the time of release, it couldn’t be given that back-handed dignity. To make matters worse, the band’s fan magazine really built up expectations before release. Of course, it’s a fan mag’s duty to do such things, but to suggest that “Ian [Mosley] finally gets to drum like he’s in System of a Down” just shamed this track even more. A genuine embarrassment.

Speaking of embarrassments, this one is a red-faced clunker if ever there were. A lyric written by the Piranhas’ John Helmer tackling the subject of dating is a ham-fisted affair. The tune is reasonable as far as Marillion’s rockier efforts are concerned, but this smacks of something that was pulled out of the bag in desperation during an uninspired month. It was the last Helmer lyric to appear on a Marillion album for thirteen years… It renders all of the music just as bad by default.

In some ways, it seems a tad unfair to include a b-side, but even by second tier standard’s this track is questionable. At his best, original frontman Fish was capable of conjuring some very emotive imagery with his lyrics (‘White Russian, ‘Blind Curve’ and ‘Fugazi’ are flawless examples of his art), but on this track he resorts to the kind of word play and silly punning that would even make Carter USM squirm. Such delights as “Plastered in Paris, I’ve had an Eiffel” and “Get a pizza the action when I Romeo again” provide the tip of a manky iceberg, while the rest of the band trot through some already familiar musical tropes. Even if the music isn’t the best either, they probably still wish they’d saved it for something better.

On the original version of ‘Radiat10n’, this number is a real highlight of a “marmite” album. Steve Hogarth’s vocal melodies are a perfect companion to a strong rocker that had already gone through some severe changes prior to recording. When the decision was made to revisit the album for it’s fifteenth anniversary, ‘Radia10n’s material was given an (unneccesary) and fairly drastic overhaul. With the original releases experimental edges neutered, over half of it sounded really ordinary. This was among the biggest casualties. With a final mix that just sounds loud and with no real separation between the instruments, it just comes across as a middling rocker and that would be bad enough, but all of the original’s vocal effects were removed too – leaving absolutely nothing of interest. Fans with unadventurous ears decided the changes were for the better. They’re wrong…oh, so wrong.

Returning to the largely awful ‘Somewhere Else’ album from 2007, this is almost as bad as ‘Most Toys’. Released as a digital single ahead of the album, this track is a bland melodic rocker that quickly settles into a safe space. It’s lack of imagination is compounded by a lyric about experiencing a world of things for the first time. Never has a lyric about discovery and first experiences been tackles with such a lack of wonder. By the time we reach the lines about taste, Steve Hogarth sounds like he’s endorsing Cadbury’s chocolate. We wonder if a box of Flakes ever turned up on the studio doorstep with their compliments…

WRAPPED UP IN TIME

After the bleak and iffy ‘Somewhere Else’, Marillion’s follow up ‘Happiness Is The Road’ appeared in really quick time. Although only a year had past, the band were back with almost two hours of new material spread across two volumes. It was a much more epic release…in scale if nothing else. Unfortunately those two hours were filled with forgettable material in the main, suggesting a lot of the material had been resurrected from previous sessions. Marillion had always been big on atmospheres, but this track seems to think an ambling, faint half-formed melody and a mumbling vocal will be enough to entertain. At this point, the glory of the ‘Marbles’ double set couldn’t have felt further away…and it had only been four years.

THANKYOU WHOEVER YOU ARE

Another travesty from ‘Somewhere Else’, this takes a trite sentiment, some bad grammar and a bland tune and delivers its overly simplistic message with a mallet. There’s nothing about this that saves face. Generic semi-prog rock from a band that sound like they’re on the cusp of burnout, allegedly it’s another song about having gratitude for an obsessive fanbase, but it’s just not very convincing…

Okay, so this one only just scrapes in, but it’s easily the weak link on the band’s second album, ‘Fugazi’. Part of the lyric actually dates back earlier and when applied to music that seems uncharacteristically dark – even as part of the band’s bleakest album – it’s hugely unsettling. Couple that with Fish dropping various F-bombs when relating an unpleasant sexual encounter, it’s…hard listening at best. Like most Marillion tunes, it has its fans, but the album would have felt so much better had ‘Cinderella Search’ opened the second side instead of being relegated to b-side status.

Read our piece on the “Ten best” Marillion songs here.

Read a review of ‘Sounds That Can’t Be Made’ here.

Read a review of Marillion live at Ramblin’ Man here.

8 thoughts on “MARILLION: Ten of The Worst”