Debut album This Is Not The End out now 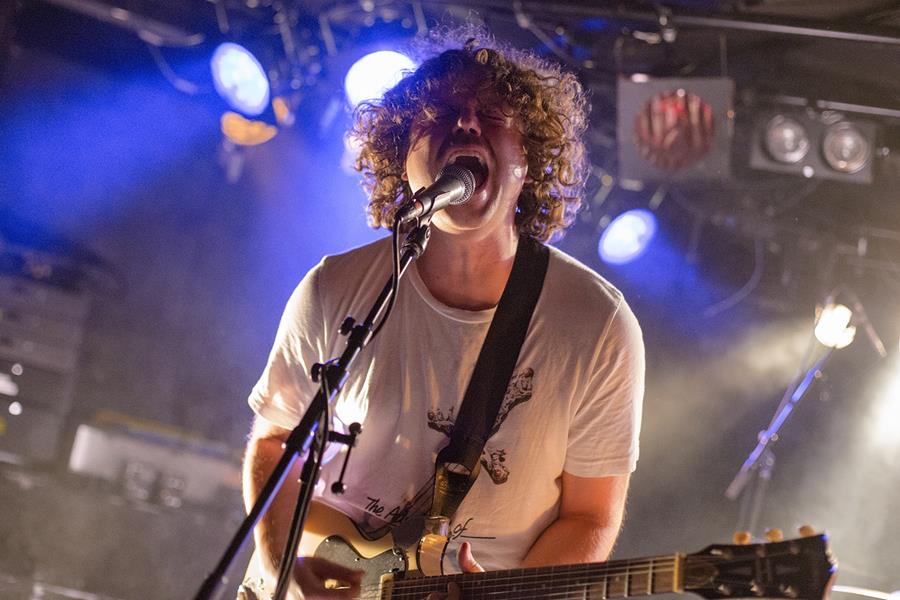 Spielbergs will be returning to the UK for another run of headline live dates this September. Having packed out venues up and down the country during their first ever UK appearances earlier this year – in support of their debut album This Is Not The End – the acclaimed indie-rock trio will follow their upcoming summer festival dates with a string of club shows through September. Full dates are below.

Tickets go on sale this Friday 26th April at 10am and can be purchased here.

Spielbergs are also set to appear at Hit The North, Live At Leeds, and 2000 Trees, before further shows in Sweden and Norway, as well as upcoming UK support dates in London and Brighton with Foxing.

Spielbergs’ debut album This Is Not The End is out now on By The Time It Gets Dark. Catch the vinyl album re-press, and other formats, here:
Official Store | Bandcamp

Listen to all the singles on SoundCloud HERE. 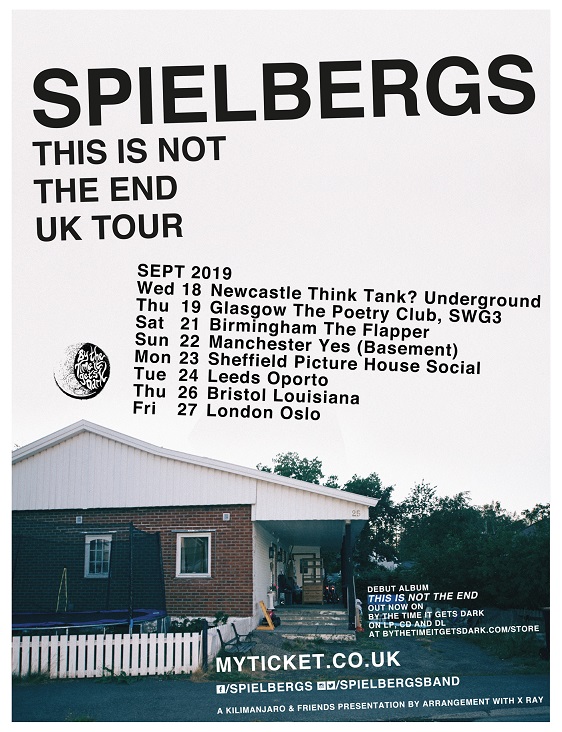 “Physical intensity, gooey emotions, and devotionals that are joyous.” – Pitchfork

“Fans of fuzzy, propulsive cathartic jams, are about to have a new favourite band.” – Kerrang!

“Pummelling yet melodic guitars batter you round the heart with nary a pause for breath… Full of huge, lung-busting, shouting-into-the-wind vocals and relentless drums, guitars and everything else, cheerily-titled new single ‘We Are All Going To Die’ shows little concern for restraint.” – DIY

“We Are All Going To Die” is encased in a relentless soundscape of drums and guitars, owing its all-encompassing musicianship to shoegaze that is underpinned by a distinctly emo heart.” – The Line of Best Fit

“A roller coaster ride of rollicking riffs, descending and ascending with a luminous fury and friskiness, before delivering us back home again safe and sound, but breathless.” – 405

“An alt-rock banger, ‘We Are All Going To Die’ is a lot more fun than it sounds.”– Dork

“Guitars drill down at all angles, while the pummelling percussion sounds like a cement mixer trying to chew up a steel beam.” – CLASH

“It offers the kind of swaggering, punch-drunk escapism we used to spend all our time wishing for in our teenage years, while making it feel utterly achievable even now we’re much older and far more cynical.” – Gold Flake Paint

“One of the most exciting bands of the year.” – The i Paper