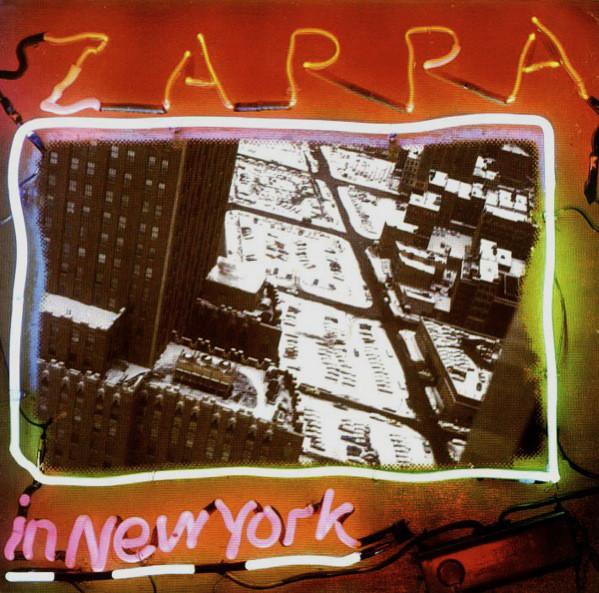 A firm favourite with most Zappa fans, 1978’s double live LP ‘Zappa In New York’ will be released as a lavish and hugely expanded 5CD set for its 40th anniversary in March 2019.

The original album had a troubled and complex release.  The track ‘Punky’s Whips’, concerning drummer Terry Bozzio’s fantasies over Angel guitarist Punky Meadows was seen as problematic and subsequently withdrawn from the LP, but not before various copies had appeared in UK record stores.  (The original vinyl pressing has been known to fetch huge sums of money, but if you’re lucky, you might stumble upon an affordable cassette from time to time.)

A hastily re-pressed version omitted ‘Punky’s Whips’ and also edited a part from ‘Titties & Beer’ that made reference to Meadows and the offending track.  To confuse things further, the first batch of these were sold with ‘Punky’s Whips’ still credited on the sleeve.

A 2CD version issued on Zappa’s own label in 1991 added four tracks not featured on the most commonly circulated double LP, reinstating ‘Punky’s Whips’ in the process.  To add to the confusion, the version on the CD isn’t actually the same version removed from the 2LP set, but a version recorded at a different show and various other tweaks were made to other songs.

March 2019 brings some glorious news for lovers of ‘Zappa In New York’ when the Zappa Family will release a 5CD box set of the original album (presented on CD in its original mix for the very first time) alongside three discs’ worth of recordings made at the four night run shows that sourced the original release.    A condensed 3LP version featuring the original 2LP set plus a bonus disc of rarities will also be released.

A full tracklisting can be found below.