A maker of often undervalued and eclectic solo works, Bluetones frontman man Mark Morriss has a big cult following away from his “main career”.   Over the past few years, he’s provided soundtracks for various David Walliams projects and released a brilliant covers album, ‘The Taste of Mark Morriss’, on which he puts his own stamp on artists as stylistically diverse as Madonna, Scott Walker and The Sisters of Mercy. [Watch Mark covering Sisters of Mercy in his living room here.] 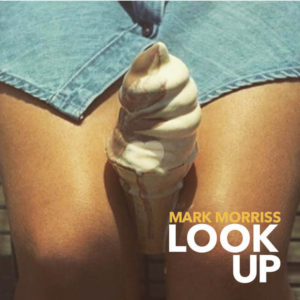 In the summer of 2017, he released his fourth album, ‘Look Up’, to huge fan acclaim.  Previously only available via Pledge Music, the album is now set for a full retail release. A date hasn’t been confirmed, but is expected during the first half of 2019. The release will be available as a CD and download – and also available on yellow vinyl for the first time.

Although no firm date has been confirmed for the re-release, Morriss will be playing an extensive run of solo gigs between February and September, ending with four appearances at the Britpop event of the year – the Star Shaped Festival [More info on this year’s Star Shaped can be found here.]

All confirmed dates are listed below:

4 May – The Record Factory, Glasgow

Read a review of The Bluetones live at Shepherd’s Bush Empire 2018 here.