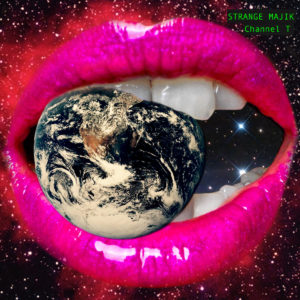 The third full length album from Strange Majik returns to the no-holds barred rock and soul of the 2016 record, but a couple of titles still carry important messages with regard to the ongoing state of affairs at the time of recording. Lead single ‘Building It Up Tearing It Down’ takes a look at various people in positions of authority – the police, the army, the journalists who’ve got the scoop – in quickfire succession and could seem heavy, if not for the music. The arrangement is classic Majik fare: in the retro grooves, you’ll hear nods to Lenny Kravitz, the funk of Stevie Wonder and a wave of ‘Some Girls’ era Rolling Stones in an arrangement that, in places, sounds like the soundtrack to a 70s b-movie. Pattillo is in good voice, throwing out each like in scattergun style, but it’s his blues edged, heavily wah-ed guitar playing that truly carries the track. For lovers of retro funk rock, it’s a must hear – and by the time everything slows down to unveil a moody blues rock vibe, the buzzing guitars and upfront bass really come into their own.

The title cut dives further into blues based hard rock, having many echoes of material Hendrix recorded during the ‘Cry of Love’ sessions. An amped up blues guitar weaves between lines of spoken dialogue, before a chorus explodes into a world of rock where some of the vocals actually get beaten into submission and then buried under a blanket of guitars. To combat the force of sound, Pattillo’s voice reaches for its most extreme in places. Yes, it’s Strange Majik at full crank, but retro keyboards and funky drums are still on hand to stretch out a melody…that is until the speed intensifies into the kind of instrumental jam you might find on an early Chicago LP (sans horns). It’s audio only, but that shouldn’t stop you being able to visuale a basement full of musicians playing their arses off.

With an almost underlying Randy Newman feel and Leon Russell swagger, ‘Wag The Dog’ mixes the usual blues rock guitar vibes with a rolling piano and sax, whilst Pattillo shares his world views punctuated with a few enthusiastic interjections and a heavily treated vocal, resulting in a late sixties sounding jam that’s a genuine highlight. It’s one of those numbers that seems just okay at first, but by the time the band warms up and the instrumental break appears, Pattillo wrings the hell out of his guitar neck in a way that, when combined with the sax, it sounds like Jon Spencer Blues Explosion injected with a huge bag of melody. Cheekily half-referencing Hendrix in its title, ‘If 6 Were 4’ is a full on rhythm ‘n’ blues fury. An instrumental workout, you’ll hear blues rock vibes intercut with jazzy melodies and a band so tight, you could stick in a pin and they’d explode. The sax playing is especially furious, whilst a lead guitar fuelled by wah-wah pedals and a love of all things retro really cooks. Tapping into the blues, ‘Blue Swinger’ could easily be Freddie King tune from his Shelter years – there’s even a lift from ‘Hide Away’ to reinforce the point. It’s been redressed with a little Strange Majik fuzz, though, resulting in some fine blues rock that works the entire band hard, even though they sound like they’re just breezing through the arrangement. It’s relatively generic in terms of melody, but from a guitar playing perspective it has a great energy.

Taking a mellower approach, the acoustics are wheeled out for ‘Lady Justice’, a ballad that has a pinch of Hendrix in its overall melody…and it is especially the case when a soft tune recalls the likes of ‘Angel’, while ‘Dead End Road’ channels a little country into another very seventies workout. There are more acoustics to begin with but by the time the guitars really kick in, they’re grubbier than ever and the track features a much looser vocal in places, accentuating the retro mood even more. It doesn’t come close to being among the album’s best offering, but its interesting to hear Strange Majik trying something a little different. ‘Tokyo Time Bomb’ – a definite highlight – really lifts the mood with a mid-70s Stones homage that places a brassy backing vocal against a heartfelt lead and some great stabbing piano lines. There’s a cheeky nod to ‘Gimme Shelter’ en route…and by the time the mid section takes off, you’ll want to know why Strange Majik isn’t a permanent fixture in Classic Rock magazine. In terms of retro sounds, this is honestly up there with the best of ’em.

In terms of instrumentation, especially, ‘Channel T’ it’s completely on point. If you still love all manner of classic rock, blues and funk records released between 1969-1972, it’ll certainly click with you. Some of the material mightn’t be as instant as the stuff from ‘Raised On Rock ‘n’ Roll’, but the bulk of it is still smart and sassy – an album gloriously out of time and revelling in almost every second of its throwback world. Once it clicks, however, it gives the impression of an album that has always been part of your listening spectrum… Highly recommended.

Read a review of ‘Raised On Rock ‘n’ Roll here.