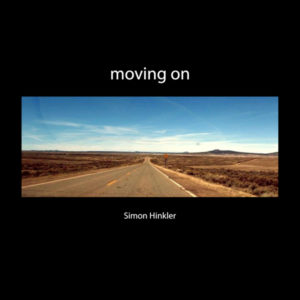 Lovers of The Mission’s early work will undoubtedly find the opening number ‘It Isn’t You’ an unmissable four minutes since it opens with the kind of riff that could have featured in any number of Mission classics, before dropping into a semi-gothic verse with increased bass. In the slightly more spacious verse, Hinkler’s voice is appealing; it’s slightly flat tones recalling many an 80s goth great, particular Peter Murphy. The ringing, clean guitar tones that rise and fall throughout are unmistakable as being from the same hand that shimmered his way through the best bits of ‘Children’ and ‘Carved In Sand’ as the 80s morphed into the 90s, and while the chorus isn’t especially rousing, the rest of the number comes together in fine retro form. Repeated plays allow the understated hook to grow, but if anything, this track is about the whole picture rather than any individual elements or instant gratification. With a stabbed piano and quirky voice, ‘Friends’ sounds like a throwback to Cockney Rebel and other 70s greats. The rumpty tumpty rhythms continue throughout and although this is primarily about piano and voice, the soaring guitars – never a million miles away from a Mick Ronson demo – and occasional woodwind and reed instruments are pivotal to the quirky feel. It’s a number that would certainly have felt a benefit from a better vocal, but the ideas within are fantastic. If you love retro sounds, this’ll raise a smile. It’s certainly better than some of the vaguely similar material from Colin Moulding’s TC&I project from earlier in the year…

In another change of mood, ‘Virginia’ thrusts Hinkler into a world of dark jazz sounds worthy of a film soundtrack. Centring around an upright bass, the tune moves slowly with echoing guitar and soft vocal presenting something that sounds like a cross between Sting’s ‘Moon Over Bourbon Street’ and a Richard Hawley track. Whist short, it’s very atmospheric: by the time you’ve stopped being transfixed at how much of a mood can be conjured by such a minimalist bass, Hinkler’s hushed and almost soulful vocal is there to carry you through the musical equivalent of a rainy backstreet…and it’s lovely.

With a steady beat and more of a throwback to The Mission’s ‘Carved In Sand’, ‘What More Do We Know’ is very much of the light goth/rock-pop style – something that, understandably comes very naturally. While it mightn’t deliver any real surprises, the woozy feel and natural vocal come together in a fine way. While Hinkler is surely hoping the slightly overwrought chorus makes an impression, it’s the guitar solo that outshines everything as he throws out some very 80s chops with ease. For listeners who enjoy ringing rhythm guitars, as per The Mission, The Bolshoi and to a lesser degree, early All About Eve, this track stands a fair chance of being the highlight. Closing the EP comes the title track with Hinkler casting himself in the mould of a heartfelt singer-songwriter, on a number where the strong presence of electric piano lends a very welcome sound. Simon mightn’t be the most distinctive singer, but his natural tones sound fantastic against a musical backdrop that falls somewhere between Beth Orton’s ‘Last Leaves of Autumn’ and a deep 70s cut from Joni Mitchell. In fact, this song too has a very autumnal and mournful quality; that’s something that works very much to its advantage, as repeat plays gradually uncover a really emotive song that’s knowing of the past, while tentatively keeping one eye on the road to who knows where.

For those who like melodic alternative sounds with a light gothic touch – specifically any listeners who’ve kept The Mission’s ‘Carved In Sand’ in rotation over the years – at least a couple of these tracks will appeal. For those who hanker after 70s inspired goodness, other tracks will certainly gain interest. With ‘Moving On’, Hinkler really stretches out; with that in mind, he’s bound to scoop up various disparate music fans, not least of all a few old Mission fans with a curious ear. ‘Moving On’ somehow feels like more than the sum of it’s parts, though…and despite a very homespun feel in a couple of places it feels like a complete work, no matter how short it is or how long it took to piece together.