So many people, so little time and at 7pm we head over the road to check out support band The Gallerys – a band we’ve heard a lot about over the course of the tour. While the venue is sparsely attended, these young Maidstone lads put on a solid set of louder, jangly rock. With lots of tunes harking back to so many indie bands of yesteryear, they’re an ideal addition to the night’s entertainment. Whilst still raw, it’s easy to see how hard they’re working and those who’ve left the pub early to see them seem appropriately appreciative. Next up, The Miracle Glass Company are a band who’ve got a great retro sound with some deep bass and three part harmonies. Immediately, their level of gigging experience seems more obvious than The Gallerys’, but with each passing number, nothing they play seems especially memorable. Maybe that’s just tonight’s experience…maybe they need a small venue to properly weave magic. But even so, they’ve got something that has appeal, even though they’ll inevitably fade into memory with hundreds of other support acts by Wednesday week.

Following a couple of weeks’ worth of online chat, expectations are running high for The Bluetones’ set, even among those who’ve attended more than one show on this current tour. Billed as “The First Ten Years Tour”, the setlists have been drawn largely from the first three (and best) albums. Previous nights have seen one or two surprises, but will Shepherd’s Bush get something a little different along the way? 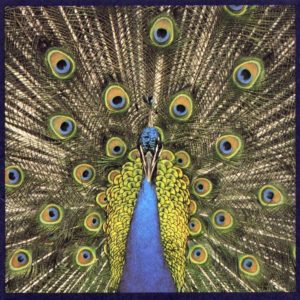 While it would be obvious to start with one of the big hits (or as Mark Morris has previously called them, “moderate hits”), the band seem aware that the audience is made up of more than the casuals and launches straight into ‘Down At The Reservoir’, a deeper cut from their second album ‘Return To The Last Chance Saloon’. The sound is amazing and the band are immediately at ease, as if everyone’s already won over and they can just let the music do the talking. It’s a mood that will carry through the majority of the evening. ‘Reservoir’ warms up everyone quite nicely, but it’s with the intro of well known single ‘Bluetonic’ that everything truly kicks in with pockets of the audience bouncing and everyone singing. Memories of the 2017 Star Shaped Festival come flooding back, along with more distant flickers of being in a tent at Reading ’95. This and other early hits ‘Cut Some Rug’ and ‘Marblehead Johnson’ – gaining great airings later on – have soundtracked so many great memories.

Other album cuts ‘Emily’s Pine’ and ‘Vampire’ demonstrate some great musicianship and the latter especially forms one of the night’s best moments as it has only returned to the live show recently…and seems likely to disappear again next time around. Watching drummer Eds Chesters, it’s clear his drumming style is pivotal to the band’s sound and he’s so underrated. Like his predecessors Kenney Jones and Ringo Starr, he’s able to do an amazing amount rhythmically with a relatively tiny kit…and he looks as if he’s enjoying every moment. ‘Fast Boy’ brings some tough guitar chops; ‘Keep The Home Fires Burning’ (one of the great singles) is fantastic, full of heartfelt melodicism and ‘Castle Rock’ a welcome reminder of much earlier Bluetones shows. Each one played with love and greeted by the crowd accordingly.

Towards the end of the main set, Morriss takes a moment to indulge in a monologue about going out and peoples’ mums not recognising The Bluetones, before the inevitable ‘Slight Return’ whips up the audience. The band’s best known tune – and an Absolute Radio staple – this single has become somewhat of a millstone around the band’s collective neck, but despite this, they play it with utmost professionalism [their disdain is far more underplayed than Miles Hunt’s sneering re: ‘The Size of A Cow’ at the aforementioned Wonder Stuff gig]. The audience, naturally, loves every second. There’s then time for semi-improvised fun with a couple of Wings covers – an incomplete ‘Let ‘Em In’ and a terrific ‘Nineteen Hundred & Eighty Five’. While this could’ve been mildly diverting, they slot into this evening very naturally. Bands should throw in unexpected covers more often, especially if they’re able to raise a smile as much as this…

A mean ‘Solomon Bites The Worm leads into the pop perfection of the Badfinger-ish ‘After Hours’ before the main set ends with another rarity, ‘Things Change’, but perhaps, predictably, it is a well chosen encore that ultimately brings back some of the energies of the earlier ‘Bluetonic’, where band and audience – at this point as one – come together for rousing renditions of ‘Putting Out Fires’, the much loved ‘Are You Blue Or Are You Blind’ before the inevitable ‘If…’ leads to massive “na na naaaa” earworms for most on their homeward journeys.

By frontman Mark Morriss’s own self-depreciating admission, The Bluetones have always been seen as part of that scene’s second division. Much like Cast, perhaps their inabilities to gain household name status along with Blur, Oasis and Pulp stemmed from the very fact that no-one in the band adopted a faux-cheeky persona or used their own mouthiness to gain column inches in the NME. They let the songs do the talking, and on their first three albums especially, what songs they are! While the band have seemed seem visibly on occasion tired tonight – understandable on the penultimate date of a fifteen show run tour with only a few days off – tonight’s performance has been very professional, welcoming and sometimes nostalgic. All the things a fan could want… There have been previous shows where Mark’s banter has been far funnier, but tonight it’s been great to witness a headline show where the band have reached further than the hits.

There are bound to be other shows, other gatherings of friends and other venues, but tonight at the very least, we’ll go home with fun memories of Wings’ greatest, of vampires and a particularly magical ‘Solomon Bites The Worm’. Other bands can rock harder; other bands have songs with arguably more immediacy, but few – especially from the old Britpop scene – are as consistent in the live setting as The Bluetones. Come Monday, ‘Expecting To Fly’ will be back on the stereo, eking out the weekend memories into new days, in a vain attempt to stop the real world and every day routines robbing us of these better times.