It’s been a long while since Edenthorn released their first full length album ‘The Maze’ in 2015.  Since then, the Durham-based rock band have been writing, recording and gigging…tirelessly building a following.

In April 2018, the band will self-release a new full length album, ‘Exist’.

Full details and a new video clip can be explored in the official press release below.

Introducing alternative rock quartet EDENTHORN who will self-release their debut album ‘Exist’ on the 20th April 2018. For fans of Thirty Seconds To Mars and Foo Fighters, EDENTHORN’s debut offering is jam packed full of massive riffs, catchy choruses and melodic vocals to singalong too. The band have already made Kerrang Radio’s Johnny Doom a fan, who recently aired the bands first single release, taken from the forthcoming album, ‘Heart’s Still Beating’. The single has also been championed by BBC Introducing Tees and North East and Primordial Radio, as well as an army of regional radio support.

Check out the video for the single here below…

‘Exist’ displays the bands ability to write and produce incredible music with a solid rhythm and tight harmonies.

“Our main aim is to make sure that our listeners never get bored.” States EDENTHORN bassist and backing vocalist Faiba Gardner. “There is nothing worse than listening to an album where every single song sounds like the song before. We don’t like to stick to musical trends, we just like to write good honest music from the heart. We strive to keep the listener entertained, and to take them on a journey with us through our music.”

Hoping to daze their listeners with this debut, it came naturally to the quartet from Durham to write the way they did. It is apparent that they have eclectic tastes in music and have wrote top-notch songs that have various different structures, tempos and emotions and for such a young band this is sure to catch the attention of many. 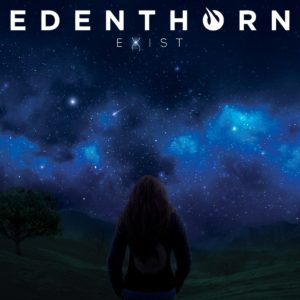 Read a review of ‘What’s On Your Mind?’ here.