Very much gathering momentum, Sleeper have now confirmed a run of live dates for next year. Details of dates and venues can be found on the poster below. 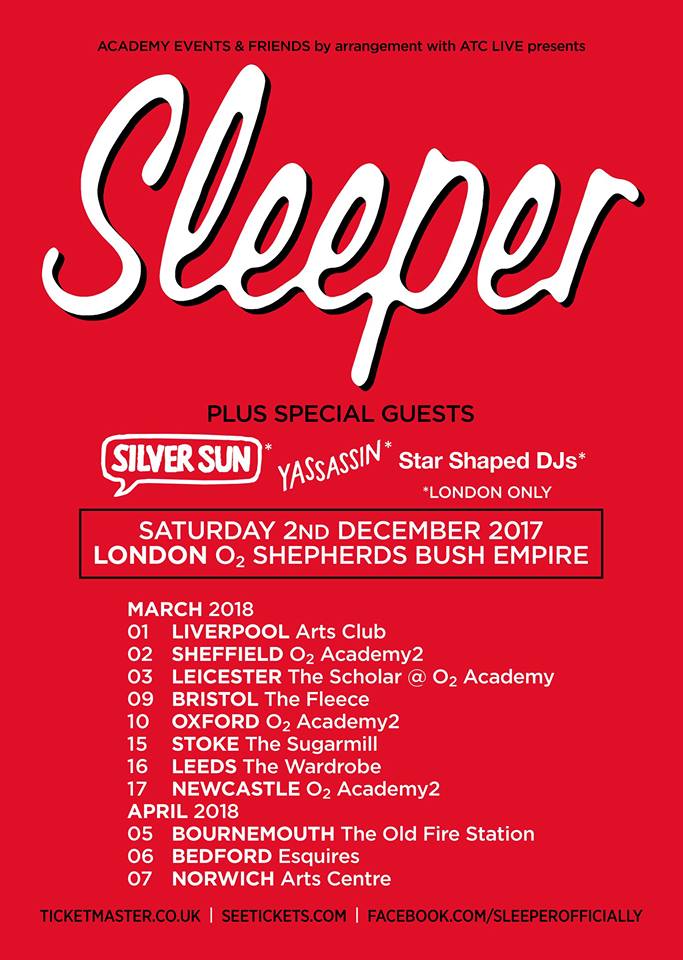