Washington based alternative/hardcore metal band Mercy Brown are about to hit the road again.  The dates are still promoting their self titled debut album and there’s no sign of new material just yet, but they’ve released a new video which you can watch in full below.  The featured track, ‘Correspondent’ gives a glimpse into the heavy thrills and huge riffs that fill the bulk of the album.

You can check out Real Gone’s review and take a listen to the debut album here. 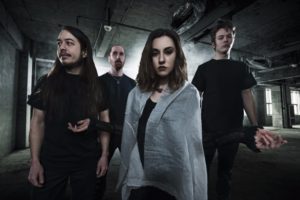