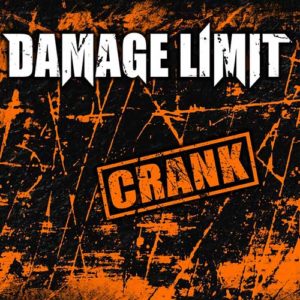 Across seven tracks and almost a half-hour, a love for the past and a musical ability slowly reveals itself. From the hard Euro rock of ‘1000 Times’, a track loaded with multi-tracked guitar work and riffs that hark back to the likes of Blue Murder and Y&T, and the metal-infused ‘Free To Believe’, with its nod to the more melodic elements of Judas Priest, this EP gives a great insight into a range of retro rock styles. These four musicians not only show both a huge knowledge and love of hard rock’s history, but also a desire to bring it forth into the twenty-first century. With regard to the lead work on ‘Free To Believe’ especially, Mikael Tiiro appears to be completely at one with his six-stringed beast, while drummer Teemu Hassel maintains a heavy but measured presence; a player with plenty of oomph, but one whom also knows the importance of being part of a rhythm section. The weak link on these numbers – and also to the release’s detriment – is vocalist Samu Peltonen, a man with a gravelly, untrained voice. It’s one of those voices you’ll love or hate, but there’s a feeling these tunes deserved better. Luckily, he also handles second guitar, so he brings an invaluable sense of presence when it’s time to add the occasional twin lead or beef up a few of the riffs – and, of course, Damage Limit aren’t short of those.

The slightly slower ‘Graveyards’ trades in some of the more metallic edges for hard driving biker-oriented rock. Tiiro puts forth another great riff, this time around with a slightly gruffer edge and the end results fall somewhere between early works by The Almighty and a much harder Blue Oyster Cult. Chorus-wise, this mightn’t be as immediate, but the instrumental break, pushing forth with a swaggering riff and darker intent, means the number is still rather enjoyable. When faced with the slower material, Samu’s harsh vocal presence sort of makes more sense, but a little more focus would have still helped to improve things. It’s a case of good but not great, but fortunately, ‘No Reason’ picks up the pace. With a thunderous drum and a riff that could have been culled from The Almighty, before falling away to reveal something more melodic, Damage Limit tease with heaviness and then settle on something closer to alt-rock for a breezy verse. Switching back to full-on rock for a chorus, everyone sounds comfortable, but there’s more… To ensure this actually becomes a great track, there’s an extended, slightly bluesy and rather mellow instrumental section where the guitars follow a slightly trippy path, throwing out soaring sounds aplenty, while bassist Riku Pessinen adds plenty of melodic flair. All things considered, this foray into something much less direct is almost certainly this EP’s high point.

Fleshing out the rest of the release, ‘Without You’ brings some bog standard, driving hard rock that would certainly sound much better live and ‘You Can’t Save Me’ melds a 90s crunch with a strong 80s melodicism, resulting in something that’s very familiar, but not always as exciting as it should be. With regards to the latter, it’s a track with plenty of drive, but like the second-tier material from Duff McKagan’s Loaded, it doesn’t manage to be that memorable. On the plus side, there’s a fairly raucous guitar solo to give things a lift and the chorus at least makes half an attempt to rouse with its use of gang vocals. Barely clocking three minutes, ‘Struck Down’, meanwhile, is much better. It brings both grit and speed throughout, as if Buckcherry put their mark upon the Scorpions classic ‘Another Piece of Meat’, or discovered an old Hanoi Rocks b-side. Like most of Damage Limit’s work, it won’t change the world, but the band probably don’t expect it to. They’re bringing high octane rock for good times…and on this track, they succeed big style. There’s a good chance that by this point, you’ve adjusted to Samu’s rough and ready singing style, too…which obviously helps!

These seven tracks are played with enthusiasm and most of the riffs are often very strong, especially when summoning those memories of a bygone rock era. There are some fantastic moments here musically – especially during ‘Struck Down’ and ‘No Reason’ – but unfortunately, since some of the growly vocals aren’t always good enough to rise to the occasion, that’s not quite enough to recommend this EP unreservedly. ‘Crank’ is one of those releases that plays hard and the band’s intents are always obvious…and it is good fun, but also comes with obvious limitations. After a few spins, you might well find yourselves enjoying it for what it is, but also wondering how much better it could’ve been with only a few tweaks.