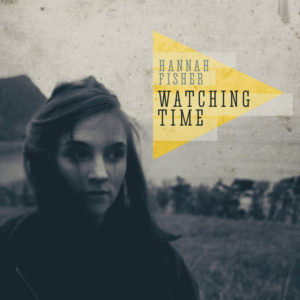 ‘Beached and Basking’ gives a reasonable idea of the type of folk that’s central to Fisher’s music, as well as showing how she takes trad elements and fuses them with other sounds. This instrumental workout begins as a fiddle led reel, with the strings presented in a slightly scratchy way but, as the bars pass and the melody grabs a hold, the rest of the band are introduced and things get interesting. The fiddle occasionally gives way to a subtly played acoustic, but it’s the rhythm section whom arguably carry the piece. The drums keep the pace both gently and naturally, while the bass links all the great pieces together with an even greater melody, as Craig Ainslie operates within an almost jazz-folk fusion sphere, with busy melodies harking back to Danny Thompson’s work with Pentangle. As the band take the melody and increases the pace, it’s hard not to be pulled in…and by the time this tune ends, it’s more than evident that Fisher has a great band and knows how to lead them effectively. Switching to something slower, ‘Until The Shadows’ is a shuffling tune that blends folk with a touch of country. Less concerned with the fiddle, Fisher showcases her vocal – a high tone with a very natural timbre – which, given the music in hand, is a good choice. While her voice is the most obvious feature, the camaraderie within the band is what really makes this track work. No-one is ever tempted to strike out with a big solo or flashy fill; instead, everyone just settles into a mellow groove and even as early as the second or third spin, it feels as if this is music you’ve known for a long time…and perhaps even always known.

Better yet, ‘Goldie’s’ starts brilliantly, with Sorren picking at his acoustic guitar, joined in turn by some bendy bass strings. The accompanying fiddle is a little more melodic than before, its jig accentuating the Celtic elements of the piece. Hannah’s playing is fluid and confident – stylistically perfect – and the way her busy melody weaves in and out of the solid rhythm really maintains interest. Looking a little deeper, she’s occasionally outshone by the guitar work which, when given the chance to rise into a more prominent space, shows a wonderful finger-picked Jansch-esque style – and it is a style which so many have sought to emulate, but few seem to have mastered as well as Maclean. During the track’s second half, the tightness of the band becomes even more obvious and the interplay between the featured players gives more with each play, but the most pleasing moments come from the coda where a spacious and slow arrangement allows Fisher to lay down a mournful melody before the last notes fade.

From a guitarist’s perspective, it’s ‘Loghouse’ that’s this EP’s clear standout, with Maclean throwing himself headlong into a busy folk melody, his fingers toiling while Fisher adds a droning harmonium sound and more sorrowful strings. The contrast of the fast and slow is interesting – it makes this piece seem far more downbeat than it actually is. To create a balance, however, the band eventually find themselves working a melodic and upbeat jig to lift the spirits. Very much a track of two halves, it’s this track – perhaps more than any other – that shows the full potential in Fisher and her band mates. Last up, the title track dispenses with the jigs and settles instead for a more pop-oriented folk sound. Soft and mellow, the guitars strum and pick with the fingers audibly sliding across frets. Maclean’s understated playing lends a laid-back air, but the stripped back music is no match for those voices. With their harmonies in a perfect marriage, Fisher and Maclean sound just lovely when singing together. There’s nothing flashy here, nothing too clever – just a timeless sense of melody. That alone makes it another highlight.

For those not attuned to either English or Celtic folk, the busier elements of this release may take a while to click, but with regard to song-based material, those numbers show off a wonderfully pure voice over some very accessible rootsy music. Listening to ‘Watching Time’ often feels like time spent with an old friend and, as such, Hannah shows she’s more than a match for some of the folk scene’s better known champions. Highly recommended.