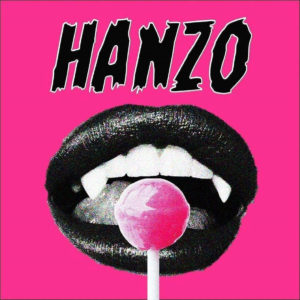 Aside from a brief spell in the early 80s when Stray Cats, The Jets and The Polecats managed to break into the UK top forty singles chart, rockabilly has never truly been in fashion. That said, it’s never been out of fashion, either; over the decades, it’s retro and surprisingly enduring style has caught the ears of many, often providing a genuine alternative to the relative mainstream of punk. Rockabilly’s undying spirit has rarely been captured in better form than on The Long Tall Texans’ 2014 release ‘The Devil Made Us Do It‘ – a record that showed how a band three decades into a career could still sound vibrant and how the attitudes of rockabilly had such potential to cross into punk audiences. When done well, rockabilly can be thrilling; when missing the mark, it can sound too predictable to the point of tiredness, but whatever the outcome, the constituent elements are often the same: hefty rattling basslines; walking grooves from the reverbed guitars and a flippant and sometimes edgy voice.

Rugby’s oddly named Hanzo have chosen to play things a little differently. While essentially a rockabilly band, they too have noticed that the genre can be formulaic and have chosen to try and shake things up. On their debut EP, they cross into other sub-genres of retro rock. Does it work? “Sometimes” is probably the best answer, since ‘Hanzo’ (the EP) has some very promising moments, but does not always have the consistently taut ferocity you would always expect from the very finest ‘billy workouts.

‘Bubblegum’ presents the band in a musical mood that straddles both classic rockabilly and surf rock. It begins with a pumping bass and crisp guitar throwing out surf rock sounds, before the bulk of the track descends into more familiar tones echoing the darker elements of Stray Cats (‘Storm The Embassy’ should sporadically come to mind when listening). As the tune gathers momentum, it’s clear that although its fairly evenly paced, there are some nice embellishments to the main tune. The lead guitar break is particularly pleasing and Eddie’s vocal croon does its best to stoke up the old fashioned feel. A quiet interlude that owes more to horror rock with mumbling voices and more reverb loses the momentum somewhat, but it’s clear the band had a reasonable idea, even if it seems misplaced here. ‘Loose Lips’ resorts to a well worn lyrical cliché but is otherwise relatively decent. The walking bassline has a warm tone and the echoing guitars find a space somewhere between the slower elements of Tom Allalone & The 78s and Chris Isaak, while the trio bravely attempt various smooth harmonies. At the point where the 50s throwbacks seem set in stone, an instrumental break ushers in a little distortion and sets angry guitars against some great toms. This track might not seem too special on first hearing – and, indeed, Hanzo are capable of better – but stick with it. It’s properly flawed, but there are some cool elements. It would sound better with a bigger recording budget of course, but that’s not always an option when starting out.

‘Friends’, on the other hand, is a definite let down. A tune that comes across as musically repetitive, it perhaps relies too hard on a dark, descending melody with horror-ish voices and a simple musical backdrop. It would be improved by the inclusion of a strong hook, but the repetition of the same line over and over just doesn’t quite cut it, no matter how forcefully that line might be sung. Overall, despite the guitar work sounding wholly appropriate, this tune wears thin sometime after the second listen. Luckily, the decidedly average elements of that track are soon forgotten once ‘Tarantula’ hits. Opening with a rousing drum line, Dean shows himself to be a fast and tight player when it comes to the snare, bashing out a rhythm that could take pride of place among many great rock ‘n’ roll numbers. With the ante genuinely upped – it quickly asserts itself as being better than all of the previous tracks combined, kicking off the second half of the EP in style – guitarist Pete throws out a tough descending riff interlaced with tight chopping chords. He could take the dominant role easily, but once the vocal appears, with the voice set deeply against an impeccably played snare, it’s obvious Dean very much takes the lead. Even when moving away from the main groove to allow Pete and Eddie to trade off a couple of bluesy licks, the appeal in this track holds firm. Factor in the EP’s best vocal and a heavier take on the main riff to clear a few cobwebs at the finish and it’s a belter.

As if instinctively knowing the audience might need a breather, ‘Doll Face’ offers something slower and very much in contrast to the previous tracks. Mixing a little 50s rock ‘n’ roll with occasional sounds on loan from 80s rockabilly, Hanzo once again throw a lot of things at their studio wall to see what sticks – and naturally, some things work better than others. The 50s twang and the gothy bass fit nicely together; a horror themed lead guitar adding an alt-rock chug is inspired; the vocal is smooth…and yet still seems to fit the general mood. With all that in mind, there was probably no need to wedge in a crushing guitar riff cranking some Royal Blood influenced distorted garage rock…but they did it anyway. It’s okay for what it is, of course, but it very much sounds as if two incomplete ideas were paired off to try and create a whole – and there’s no guarantee that those approaching Hanzo for their rockabilly elements will like this.

With regards to the EP’s stand-out, though, it’s an easy choice. ‘Sweet Tooth’ shows off many of Hanzo’s best traits within one track. Going for a much purer sound, it doesn’t try to be too smart at first, instead playing a straight rockabilly tune, complete with a mean rattling bassline for the bulk of the verses. Eddie’s four strings are slapped in quick time as he leads the melody which sits beneath a shamelessly crooned vocal. At the mid point, things take a twist as the drums descend into an almost tribal groove, the number becoming more minimalist as a result. At the point you’re expecting the main tune to re-emerge, things twist again, this time with Pete throwing in a heavy-ish alt-rock guitar riff. It all comes back to the main melody eventually and although this might seem to be a case of too many cooks for this rock ‘n’ roll stew, it’s somehow genuinely enjoyable.

It is brave for Hanzo to try out a few different styles, but not everything gels together in quite the expected fashion; there are a times when veering too far from the rockabilly roots of their music dilutes the potential thrill. Both the band and EP have their quirks and inconsistencies, but when on best form, though – as per ‘Tarantula’ and ‘Sweet Tooth’ – it’s evident these three guys can whip up a storm. It’s not perfect, but for a first EP, it’s certainly a promising start and its a release from which a couple of corkers can at least be cherry picked.