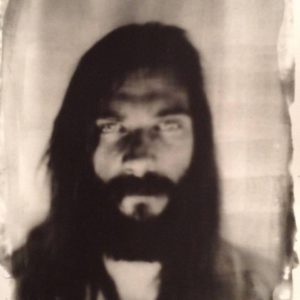 Jack’s 2016 release ‘Portrait’ is sometimes a little harder, but loses none of the natural feel of his previous recording. Set opener ‘Reputation’ gives a really good insight into his main musical interests: a rumbling intro soon gives way to a rattling rhythm, like a stripped down Canned Heat reworking a thirties blues workout, with a piercing slide cutting against a tapped rhythm. It doesn’t take long before Broadbent’s mastery of the slide is evident, but his voice is impressive too – slightly gravelly but never too rough, always appealing. The basic approach of the recording allows the guitar work to mask the vocal occasionally, but this really adds to the authentic feel of the blues on display. In a quieter mood, picking up the acoustic, ‘Woman’ is a back porch stomp in every sense, with the rhythm punched out via a stamped foot against a wooden floor. Building from the beat, the guitar work is intricately picked – almost in a bluegrass style – while the lead vocal accentuates a purer blues. As before, some of the music takes dominance over the voice, but Broadbent takes on a great, almost soulful tone before being joined by other voices to fill out the tune. It seems to end rather abruptly, but while it lasts, it’s a solid listen.

Moving into a slightly rockier territory, something reinforced by the presence of bass, ‘She Said’ takes on a Texan blues mantle, occasionally sounding like an idea Stevie Ray abandoned for being too purist, or even a demo for ZZ Top’s ‘La Grange’. Always fighting to stop things slipping too far into the easily marketable (and bandwagon-esque) blues rock bracket, Broadbent’s voice retains a cry and a strength from before, but in all, while well played, this is just a quick nod to something more commercial before sliding (no pun intended) into one of the album’s deepest cuts. ‘Gone, Gone, Gone’ uses minimalist drumming and a warm bass to create a solid backline for a slow and aching blues that tugs at the heartstrings with the purity of Buddy Guy circa 1965. “I’ll stand and face the day” opines the musician with the hurt of a genuine bluesman, his soft guitar styles adding some perfect and understated slide between the tuneful vocalising. Knowing that there’s very much a song here and that’s what counts, there are no guitar histrionics, no lengthy solos. It’s down to just a slow vocal led piece to entertain – and it’s ideal for late night listening.

A mid pace, an exceptionally dirty slide and swampy stomp inform ‘You Won’t Let Me Love You’, combining the traditional with a touch of distortion – very much the sound Jack White would kill for – while, once again, this Jack shows his skills as both slide guitarist and blues vocalist. A couple of overdubs create extra tension with atonal slide noises given even more of a distorted feel, but it’s really down to the purism of the stomp and the dirty Delta slide to carry everything. It very much succeeds. In a total change of mood, the acoustic ‘Without Warning’ blends folk and blues perfectly to create one of the album’s genuine highlights. The melodies are familiar; with echoes of Blind Faith’s ‘Can’t Find My Way Home’ and a couple of other 70s throwbacks, it’s a track that some listeners will love from that very first listen.

The second half of the album begins in a very downbeat fashion with the jazz-blues fusion of ‘In Our Home’, reworking a bassline that evokes the old standard ‘Fever’. The bones of the track might be familiar but it doesn’t stop Broadbent turning in a great vocal, before ‘Underneath The Rain’ drops the more obvious blues for hard acoustic strumming and a vocal that slowly moves from mumbling to a full on belt. With forcefully struck six strings – even without the slide that’s usually out there front and centre – it’s a masterful performance. Lending a very angular instrumental, the semi-acoustic ‘East Is West’ presents an almost world music melody intercut with muted slaps and sharp edges. Somewhat of a departure for Broadbent, this tune has more in common with the brilliant Stuart Masters – it might not click with the blues purists, but very clearly demonstrates a different side to Jack’s talents…and even if it’s a little left-field, it’s still far preferable to the stodgy, tired blues rock peddled by most.

Closing the album are a pair of corkers that bring everything full circle. ‘Along The Trail of Tears (Still Cryin’)’ is a spacious and slow blues, reworking a Freddie King styled rhythm through slide sounds throughout, with the lead slide adding harsher, edgier elements. It’s the kind of blues you’ve heard so many times, but the measured way it is played here combined with the live in the studio sound lending a greatness to the vocal, it’s a track to be savoured, before ‘Is There a God?’ cranks a strident rhythm abetted by some faultless slide and a deep vocal that aches throughout. Rarely has a more traditional blues sound been spawned from the English suburbs…and as the track reaches its climax with Jack absolutely bellowing his contextual plight, you know you’ve been on one hell of a ride.

At ‘Portrait’s purest (and best), the stripped back, raw and natural blues sounds like it’s played by a man who feels every note, with furious slide work and impassioned vocals, delivered in a way that English blues rarely manages. Of the second tier material, it’s still all very strong; there’s a sense that Broadbent is a man with an inquisitive nature, someone keen to find a way of expanding his sound without diluting his intents or selling out. Screw the bloated blues rock poseurs, in the hands of a real master, the blues is still alive. This album is essential.