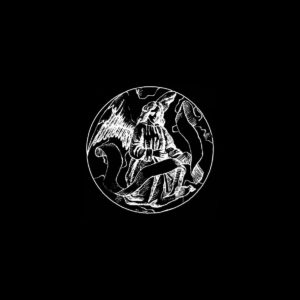 Since some bands can forge decade long careers without even attracting a sniff of attention from mainstream press, the fact that Heriot gained positive press from Kerrang! magazine within a year of formation, meant that their future career looked very bright indeed. Judging by the Swindon based band’s second EP, the appropriately titled ‘World Collapse’, it’s fairly easy to see why they’d become press worthy at such an important time in their growth as a band: they play bigger riffs than most and their musical style absolutely crushes.

For those approaching Heriot for the first time, ‘Myrr’ can be both daunting and obtrusive in style. However, as a track, it’s almost entirely representative of the band’s entire ouvre up to this point. The lead guitars chime a discordant riff before finding a devastatingly slow riff to push things forward. Rhythmically it’s painfully slow…and fuck, it’s heavy. It takes doom metal to some of it’s darkest places, crawling menacingly across several minutes of almost unchanging riffery. In principle, this would be great if they just dropped in an interesting bridge or guitar solo, but beyond the slow, multi-layered riff, there’s almost nothing. The intensity is dialled up farther by the vocals which, rather than take the typical echoing doom/sludge approach, are growling and howling noises more befitting of metalcore.

Moving into ‘China Lake’, not much is different. The riff is an aural assault, slower than before at times, bolstered by an almost black metal sheet of sound (just to make it more challenging) and the vocals growl and bark, before sobbing “It’s not the same!” repeatedly during some of the only audible moments. “Change is lost on you!” suggests a bitter man, the irony being that it’s near impossible to tell where the previous number ended and this one began. It’s almost impossible to fathom how this only clocks up at just four minutes – by the time the last notes fade and the last gasps of tantrum-fuelled howling fade, it feels like it’s been twenty two. Hopefully, Heriot will feel like being so confronting has been a massive achievement. In some ways, it is.

The EP’s second half is a little better with ‘Kleptocracy’ kicking off with a cleaner guitar motif, its dark spookiness closer to Cathedral and Crowbar than the doomcore ferocities previously heard. The riff is then complimented by neo-gothic voices, presenting themselves almost like a medieval chant…things are looking up. …And then the drums steer everything towards a slow metalcore chug – again, not without merit – and the bass sound is impressive. The vocals – never going to be any more than an acquired taste – are even better suited to the spikier sound…and then, as if Heriot are somehow unsure of branching out, everything stops. This feels unfinished, but it was interesting while it lasted. The title track is best of all, mixing the doom with a couple with great hardcore breakdowns and one of the best bass sounds ever. The mix of styles suits Heriot well and gives some respite from the bleakness of the opening pair of tracks without losing any of the intensity or heaviness. There is very little by way of actual melodies – an instrumental mid section is drenched in distortion and the main thrust of the track centres around a brutal vocal – but there are glimmers of interest within the general cacophony. It’s hard to say whether the more purist doom fan would entertain this, or whether it’s too doomy for the metalcore crowd, so Heriot might be striking out on their own with this fusionist approach. One thing’s for certain; if you came looking for a song, you’ll be looking for some time.

This EP is intense, but also utterly depressing – the kind of release that’s near impossible to get through in one sitting, despite a relatively short playing time. Sludge metal fans will likely find some appeal here provided they can grasp the growling husk of a voice, but even then, there are no guarantees. Heriot have riffs and a frightening vocal assault, but that’s all; they have no hooks. While it’s easy to see what this trio are striving for, it’s a very difficult listen.