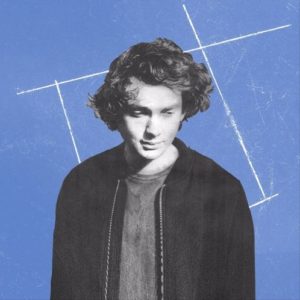 Shrewsbury’s Dan Owen isn’t an artist who can’t by stylistically pigeonholed beyond being called a singer-songwriter. Judging by his 2016 EP ‘Open Hands and Enemies’, he principally uses the piano and acoustic guitar to write material (like so many), but on occasion, also seems happy to enlist many other hands to turn what could have been basic arrangements much bigger adult pop affairs. The four songs featured here range from the downbeat and folky to including big and bolshy strains of electronic beats and bass.

First up, ‘Made To Love You’ is mainly concerned with a slow and mournful piano at first, slowly placing chords beneath a fairly smoky voice. With those chords rising, Owen’s vocal rises in tandem, occasionally sounding like a cross between the maturer elements of Peter Gabriel (in the way the lyrics come thoughtfully and in a measured fashion) and Powderfinger’s Bernard Fanning (in the way that voice actually sounds). Moving into the chorus, the bass rises and occasional guitars fill space and as things become louder still, a largely percussion-free arrangement makes this a curious opener. It seems everything is in place to ensure the listener focuses on the voice very quickly – not a bad plan, since it’s so often Dan’s voice that makes each of the tracks hold up. In a different mood entirely, ‘Witching Hour’ begins with the same thoughtful blend of voice, guitar and piano, but quickly adds heavy, processed beats – not dancey as such, but definitely more geared towards a modern pop style. For some, these will be intrusive and increasingly so. Once the chorus hooks become home to a bigger voice, and with the tune itself eventually reaching a very grandiose crescendo, it actually becomes a little overbearing – especially if you’re not a fan of something that sounds like it wouldn’t be out of place on BBC Radio 1 circa 2015/16. Luckily, the vocal is still masterful and the choice of hook is strong. There’s a good song here…but there’s also very much a feeling that it would have been better had it been presented in a more organic style.

Clearly influenced by Leonard Cohen, ‘Moonlight’ opts for a more folk oriented sound, with acoustic work back at the fore. With Owen’s deep croon set against slow finger-picked guitar, this track is instantly likeable. As a mournful piano pierces each couple of bars, it’s hard not to hear strains of the over-rated and over-heard ‘Hallelujah’, but at the same time, it’s hard to find fault with this tune, regardless. The music is gently emotive; the voice forceful in its aim – placed together, everything works wonderfully, showing a genuine potential. Keeping with the stripped back, a home recording ‘Closer’ captures Owen and a hard-struck acoustic in full flow. While the kind of singer-songwriter fare you will have heard a million times since the 70s, this 90s inflected piece still has definite appeal. Most of that comes from the recording itself: the basic arrangement and recording allows the acoustic strings to be heard with absolute clarity; the ringing and buzzing instrumentation seeming absolutely sympathetic to a superb vocal. If there were any doubt of this guy’s vocal talents, this should be enough to win over the nay-sayers. Sure, the bangs and whistles approach of a track like ‘Witching Hour’ could occasionally make the vocal seem like just part of a ensemble, but here Owen proves he is the talent. The song itself sounds like a louder re-interpretation of something from Bernard Fanning’s 2005 disc ‘Tea & Sympathy (an essential listen for all lovers of acoustic and rootsy singer-songwriters), which isn’t a bad thing.

With four songs in three styles, this might play like a little too much of a mixed bag, but all the same, each track has one constant: it’s Owen who is the big draw, no matter what the chosen musical backdrop. As each number plays, he displays a sizeable song writing talent to go with that huge voice. Dependent on which track is the strongest, well, that could change with each spin, but ‘Closer’ comes with a timeless appeal that could win over a broad demographic of listeners with a penchant for a traditional style singer-songwriter. Overall, there’s a feeling that ‘Hands and Enemies’ could’ve delivered so much more in a full-length scenario, but as it is, it’s an excellent primer.