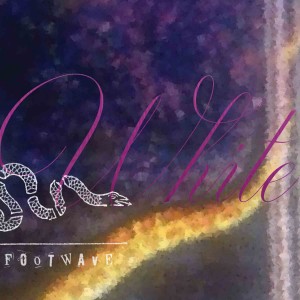 There are no two ways about it, Kristin Hersh is a legend. From the earliest days of Throwing Muses, through her varied and lengthy solo career, the singer-songwriter has released some very interesting work. Not all of it of a gold standard, of course – some inconsistency can be expected from a career spanning across decades – but when she’s good, she’s on fire. Such is the case with this sixth release from 50FootWave, comprising six absolute belting slices of alt-rock, all wrapped in a noisy blanket and offset by Hersh’s by now husky tones

The title track leads the EP and quickly asserts its place as one of the band’s finest recordings. Without the luxury of a proper intro to ease things in, a quick burst of guitar gives way to Hersh’s voice, all very high in the mix. As the first verse progresses, it’s clear that the production is hard and grubby, but manages to be big enough to allow the separation between the instruments to be heard at all times – the perfect sonic vehicle for Hersh’s chosen style. The chord progressions rarely let up their jangling assault throughout, but there’s time enough for a sub-grungy solo twang to add some light and shade. The deep and tribal style brought via a heavy drum line occasionally sounds like a throwback to the first Muses LP (with a couple of cymbals thrown in), and hearing everything together, 50FW have a real power; their tightness so wound up, it’s like a musical powder keg. Almost as if they needed to diffuse some of that tension as quickly as possible, musically, the following track doesn’t have anywhere near as much interest, but to counteract this, lyrically and vocally, Hersh doesn’t let up. That track, ‘God’s Not a Dick’, rattles along with a defiantly 90s jangle and beat at first, under which Hersh stretches her voice to an almost haunting extreme in the way it alternately spits and wavers. The tightness within the band is clear from the outset, and shifting the melodic edge into a dark almost shoegaze-ish fug for the second half belatedly allows their darkest side to cut through. Tailing off with a brief burst of heavy drumming, it’s a track that’s much better than first appears.

A touch less complex, ‘Human’ presents a verse that throws out a jangly riff owing so much to recordings from Fort Apache Studio’s past. Everything given a superb lift by a loud and wandering bassline throughout the number’s slower moments and underpinned by great drumming it all results in a great tune, before 50FW explode in an almost punky sound on the chorus, bringing together sounds that borrow from Throwing Muses’ formative years as well as tiny fragments of influence Sebadoh and Bob Mould. For those who discovered important (and life-changing) music in the early to mid 90s, the grumbling fury here will strike a chord…and over and over, as 50FW pummel the ears with a sharp and frenzied musical attack, before returning effortlessly into the verse. It mightn’t be as clever as some of the band’s recordings, but the anger and unrelenting energy result in something very enjoyable. ‘Rattled Out’, meanwhile, explores some of the band’s most melodic tendencies with a multi-layered sound that brings out some lovely ringing guitar set against a big rhythmic backdrop. The results of this sonic experiment sometimes sounds like Throwing Muses channelling ‘Siamese Dream’ era Smashing Pumpkins in the way everything stays hard but teases with neo-psychedelia. All the while, Hersh’s voice sounds more wispy and snake-like than ever, weaving in and out of a sizeable musical arrangement, leaving behind something familiar and accessible.

With a slow, lumbering groove and a downtune for an intro, ‘St. Christopher’ wrong-foots the listener into thinking it’ll be 50FW’s heaviest tune to date…and then the drums branch out into an extremely busy rhythm, forcing the guitars into something more spasmodic. The drastic shift between the two styles shows the workings of an exceptionally tight band, with the quasi-funky alt-rock that ensues proving extremely thrilling. …And then, it’s all change again for maximum shoegaze fuzziness, thus allowing Hersh’s vocal to take centre stage before moving back once more into the main groove. Without a hook and nothing really taking a firm hold for long, it should be a mess; however, due to an obvious strength of vision, it strikes art rock gold and is pretty much without question this EP’s highlight. Last up, ‘Sun Salute’ bristles along like a Bob Mould experiment backed by heavy drumming before switching gears to reveal thoughtful and shimmering dream pop tones. Like ‘St. Christopher’ a constant push and pull between the disparate styles seems more important than the song writing itself. Within this surprisingly brief workout, 50FW manage to in two of their key musical moods and the cleaner dream pop elements provide a perfect comedown.

With bits of the 90s dragged into the present and with Hersh’s guitar tone chugging out sounds that are just as forceful as those she made years ago, seriously, what’s not to like? These six songs are varied enough to extend the band’s legacy a little further without feeling like an unnecessary retread of any past glories. As with prior 50FW releases, Hersh’s voice may no longer display the sharpest edge of her youth, but this time around, lots of the music seems more sympathetic to her older and more gravelly tone. Taking everything into consideration – and especially with the reduced playing time helping to focus the overall performance – this EP comes close to essential listening.