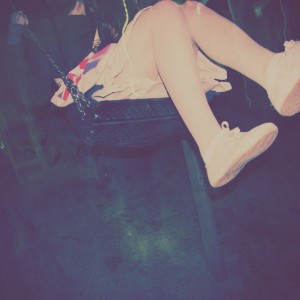 ‘Glowing Citiscape’ provides pure musical escapism via a collection of sounds gathered straight from 1991. A steady rhythm sets the pace and it’s one that remains unchanged throughout, with the drums marching steadily behind a wall of ringing and soaring guitar lines. The marriage of the many echoed sounds within should be enough to suggest that had this been recorded a quarter century earlier, 4AD would have taken the first flight to the Czech’s homeland and looked them up with a deal on the spot. Vocally, the performance is wistful and kind of thin, but in traditional dream pop terms, it’s perfect – not too far removed from hearing the Cranberries’ Delores from the other end of a long corridor in a subdued mood. Bigger all round, ‘To Forget’ beefs up the guitars, blending a thickly toned chiming sound with a more shoegaze friendly noise. This drops away to reveal a hugely melodic verse where a gentle voice sits beside a warm bass, before alternating the loud and quiet. On first listen, the music sounds fairly basic, but time spent with it is rewarding; the subtler qualities soon shine through and the rhythmic stance, although not to flashy, has a pleasingly solid approach. The real magic during this track comes during it’s climax, however, where a guitar solo of some length starts softly with escalating singular notes, but eventually peaks with a frenetic, thrashing rhythm.

Offering sounds so slight at first, ”94′ shows the band at their most minimalist, as hazy guitar sounds alternate long chords, under which the vocal is so twee it’s practically inaudible. After a while, with everything having lurched into a definite wooziness, the bass makes an appearance. While this fattens up the sound, nothing really changes and with a slow tambourine used as the sole percussive presence, it’s hard not to be reminded of ‘She Hangs Brightly’ era Mazzy Star. The drums make a very belated entry at the point where the number appears to be coming to a halt – the cymbal-free, tribal beats lend everything a darker and most ominous edge. From here on, the once ethereal dream becomes a mildly threatening musical presence, with the drums increasing gradually and the shimmering guitar lines stepping aside for a louder shoegaze drone. …And upon reaching the end, everything just fizzles out, almost with a sense of uncertainty, but it seems very much in keeping with the gradually shifting styles we’ve heard before. Even trippier, echoing Bjork-ish voices weave in and out of guitar drones to create the musical muscle of ‘Until You Can’, a number that has a passing resemblance to The Velvet Underground at first, before giving up the dark psychedelia for a loud, drum infused crashing noisefest, resembling a drone rock recreation of something from The Flaming Lips‘ ‘In A Priest Driven Ambulance’. It’s all perfect in it’s presence and execution – the only complaint being it’s too short by half.

Providing the most commercial track, ‘In Your Eyes’ is a great slab of clattering indie rock, bolstered by distorted guitars and interspersed by some lovely quiet verses. Whether going for either extreme, Manon Meurt nail their art, coming across like The Pains of Being Pure At Heart re-imagining an obscure Cranberries b-side. At closest inspection, whether ascending lead guitar lines, ringing chord progressions or surprisingly jazzy drums, each of the elements comes in somewhere near faultless once more. All the while, the vocal is friendly and dreamy; all things together make one of the greatest alternative listens…and by the time everything falls into a feedback drenched fade, the urge to hit the repeat button is very strong. Almost as if to create a natural comedown, the moody ‘Blue Bird’ shows off a slow and repetitive rhythm like a slowed heartbeat, as equally repetitive guitar lines weave a sharp melody. Like a dream pop and prog rock hybrid, this wandering tune never rushes, forever allowing the time and space for a thoughtful vocal to create something appropriate, as if almost extra instrumentation in itself. While the dreamy stance rarely summons up the excitement brought by a couple of the other tracks, the playing is immaculate and by the time it reaches what feels like an early Smashing Pumpkins infused coda (think ‘Rhinoceros’ meets ‘Silverfuck’), there’s no doubting the talent on display.

You might feel you’ve heard it all before and in lots of ways you’d be right enough, but with this release, that’s what lends everything such charm. Manon Meurt take a non-traditionalist musical style and replicate it so faithfully, recycling with so much loving care, this work could stand up with the genre greats. …And if you’re a big fan of those greats – early Lush, Ride, Pale Saints et al – then you should add this to your collection of dream pop and shoegaze sounds immediately. You won’t regret it.