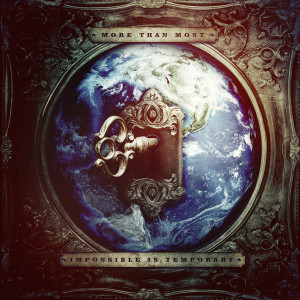 The lead track ‘You’re Not Alone’ begins ominously with a selection of electronic sounds before beefing those with an equally mechanical beat. The vocal appears and doesn’t really improve things, with frontman Izzy Stylez’s voice being subject to so many filters you’d initially think this was an urban release aimed more at the twenty-first century r ‘n’ b crowd than your average Scuzz or Kerrang viewer. It’s not until the chorus that anything resembling a real instrument dares to rear its head and, thankfully, the guitars come with a certain amount of weight – though still nowhere the kind of oomph alternative rock deserves, since the rock elements still appear to be playing second fiddle the (over)production. The vocals, although doing their best job at raising emotion on a very Linkin Park type chorus, attack what is essentially a reasonably melodic tune, but everything comes across as so unnatural it hurts… Not a pleasant listen, at all.

Moving swiftly on, ‘Remember Who You Are’ is much better. The guitars are pushed to the fore, their strident approach settles for high energy riffs that combine the alt-rock hints present in the opener with Paramore’s sense of energy. The inclusion of gang vocals on the chorus and a twin lead riff as a central point are also very much a plus in bringing that energy, but unfortunately the chorus seems rather indifferent. …And, yes, once again, Izzy’s voice has been subjected to so much post-production, you may wonder if he’s actually capable of any real singing. With this having a lot more going for it, it’s a pity that sometime Young Guns producer Jason Hill is just so heavy handed when it comes to his job. ‘Save Me From Myself’ initially takes a step back, presenting a horrible electronic verse, with bleeping and squonking keys married to a whining vocal that might as well be a Craig David “melody”. Quite what More Than Most are thinking at this point is unclear. The chorus, on the other hand, is one of the EP’s few saving graces: Leandro Lenoardi throws out massive guitar chords with a huge bombast – finally not shy of giving the metal audience something to get their teeth into; a barrage of heavyweight “whoahs” instantly sound like crowd-pleasers and Izzy delivers each line in as much of a heartfelt manner as his over-produced self can muster. This shows far more promise…it’s still fairly throwaway stuff, but it’s possible to actually imagine live audiences getting behind it.

Last up, ‘Nightmares’ finally gets the balance between hard rock riffs and cold electronica just right. With an increased focus on Mok Saib’s hefty bass, the band sound very much at ease churning out a huge and driving riff. Izzy, meanwhile, is allowed a more natural vocal style, spitting each line of the verse in an almost mechanical style that occasionally recalls Gerard Way from ‘Black Parade’ era My Chemical Romance. All very well done, the band were clearly building everyone up for this – in the ultimate example of bad sequencing, though, it’s such a shame that so many listeners will have turned this EP off long beforehand. With a great riff, a very strong hook and only a brief foray into fizzy electronica and far less of that autotune knob, this surely gives a much better look at why Scuzz were keen early supporters – it really should have been used as opening bait.

‘Impossible Is Temporary’ is so clearly aimed at those who would be quite happy to spend twenty minutes with songs that sound like Linkin Park cast-offs (only spoilt farther by excessive filtering and studio shine), or perhaps a weaker version of Issues. For those undemanding souls, it might appeal, but those looking for big, natural crunchiness will feel very short-changed…