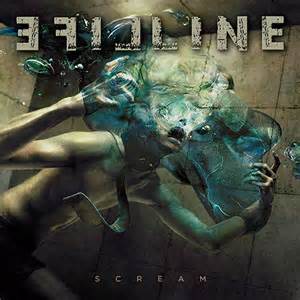 The first thing that’s notable about ‘Scream’ – looking at it as a whole album – is that the production values are a little woolly. The guitar sounds are great; maybe this has a lot to do with it being produced by Hume (clearly looking after his own interests) and the presence of both vocalists is nicely high in the mix, only fitting since the band is essentially a showcase for them. Everything else, though, is somewhat lacking: Clarkson’s drum kit sometimes appears to be half a mile away, Nigel’s bass has no sense of punch and Andy’s keyboards often sound plain lost, almost to the point of inaudible in places. That aside, what of the songs? They’re often surprisingly good, provided you’re happy to accept them being cast in the very old fashioned melodic rock mould. Thankfully, they’re streets ahead of anything previously penned by Lawless and while the bigger picture still mightn’t suggest it’s one of 2015’s better melodic rock offerings, there’s still enough to enjoy here – particularly if you came looking for a big chorus.

Looking at the weaker numbers first, the title track is a full throttle rocker with a tough riff at it’s heart. It doesn’t have a lot going for it beyond that: trading off vocals, Bailey belts with a deep tone, often outshone by Small, giving an unashamedly Glenn Hughes-esque wail and curl. Small’s performance is good – as expected – but the song is pretty terrible. The lyrics are a meaty cliché-fest and the repetitive chorus needs a better voice than Bailey is capable. Released early to promote the album, ‘Jezebel’ throws out a bouncy riff from the outset, accompanied by a rollocking Hammond organ, only to be spoilt by lyrics concerning “a hunter stalking her prey” and how we wouldn’t survive “once she gets her feet under the table”. The solution? “Prepare for war”, apparently. Very much a case of good tune and a terrible lyric, you may ask why they thought this a good representation of the album prior to its release. Lifeline are definitely capable of better.

Better, ‘A Fortunate Man’ is a solid hard rocker with a touch of blues that’s most definitely inspired by Whitesnake circa ‘Slide It In’. Naturally, this finds both vocalists in their element, stretching their hard rock vocal chords over a meaty musical menagerie. The rhythm guitars crunch throughout but it’s when approaching an impressive solo that Hume makes his mark; throughout several bars, he favours the widdling and tapping style over vibrato, but manages to convey the very best in an 80s style without wandering into tunelessness. Song-wise, too, it’s a decent offering – the chorus is sizeable (though there are still better elsewhere), and Bailey’s naturalistic, even slightly gravelly delivery provides a great counterpart to the classic rock backdrop. ‘Fear No More’ also brings enjoyment via a dirty 80s riff overlaid with some great lead work, before everything drops back to allow Nigel and Lee to trade off vocals; impressively, too, as both performers maintain a real presence. The melodic pre-chorus ups the ante and promises an even better chorus…and then they harmonise with ease. While never rising too far above meat and potatoes hard rock, there’s plenty to like about this track, from another cracking solo, a good sense of melody and feisty flag flown for melodic rock. Tune your ears in a little further and it’s clear that Nigel’s also playing a mean bassline…it’s a shame it’s not more audible.

Capturing Lifeline at their absolute best, ‘Feels Like Love’ shows a more AOR side to the band. This is obvious right from the outset with multi-tracked vocals that could rival many an 80s outfit. Bringing in the guitars, things settle into a mid-paced workout, the results somewhere between Takara and many a Joe Lynn Turner offering. Naturally, Small’s voice steps into this with ease, quickly becoming the dominant force, but each member of the band brings something to the table – with huge blanket keys and soaring guitar parts ensuring a more classic sound throughout. Another highlight for Small, ‘Far From Home’ once more finds the hard working British singer channelling his best Glenn Hughes impression to a great degree of success via a chorus of some bombast that eventually proves one of the album’s best. With a hard riff gluing everything together, this would already be a pretty good Jorn Lande type affair, but Hume ensures it eventually rises from good to great, dropping in another superb solo. Tthis is one of the album’s highlights, thanks in no small way to a killer twin lead that’s more than reminiscent of classic Iron Maiden…and rather more specifically something that pays homage to their ‘Powerslave’ LP from 1985. Elsewhere, ‘Mary Jane’ brings more superb twin lead sounds over a tune that owes a little to twenty first century Uriah Heep and the more melodic side of Praying Mantis, with a punchy arrangement and bombastic vocal; twin leads and a tough melodic stance drive ‘Danger In The Sky’ in a similar direction but with greater focus on harmonies and ‘Salvation’ melds a late 80s riff to another big chorus that although does nothing new, again shows the promise in the Lifeline sound. Each of these numbers pads the album out with material strong enough to make it possible to be more forgiving of the few weaker tracks.

Despite misgivings about fudgy production values and a couple of duffers, this album is worth hearing for Lee Small’s contributions, as he appears in very good voice throughout. The material isn’t always as powerful as on his own ‘Jamaica Inn‘ release from a few years earlier and often plays second fiddle on the Voodoo Hill album released in the autumn of 2015 (unfortunate timing all round), but in terms of bands conveying enjoyment in their craft, Lifeline bring more than reasonable fare.