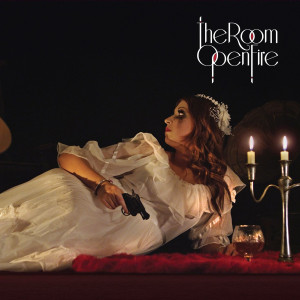 In the 1990s, British progressive rockers Grey Lady Down released a few very enjoyable discs.  Their second album, ‘Forces’, is one of the best cult releases of the era, chock full of fine music.  With his slightly warbly vocal style, Martin Wilson often found himself in the “acquired taste” category, but if nothing else, his performances always made GLD’s work instantly recognisable.

The Room reunites Wilson with GLD guitarist Steve Anderson on a project that certainly shares some traits – most notably the voice – with their previous band, but is a world away from being just another prog vehicle. While there are still proggy edges lurking beneath the surface of most of ‘Open Fire’s tunes – tunes so often being the key – The Room bring chorus hooks and plenty of other melodic rock elements to the fore, resulting in something potentially broader in appeal. In this case, for those who enjoyed the more indulgent elements of Grey Lady Down back in the 90s, liking The Room isn’t an absolute certainty.

Keen to distance themselves from GLD as much as possible, ‘Flesh and Bone’ opens the album with a big and melodic hard rocker. Very riff based, this showcases the talents of the new faces in the rhythm section – drummer Andrew Rae and bassist Andy Rowe – as they get to thunder through this no-nonsense number.  From the opening beats, the drums assert their place and never drop back; thick guitar chords bring a great, driving riff and a solid bass steadies everything in classic fashion. Atop the melodic rock, keys man Steve Checkley throws out shapes that owe as much to early 80s pomp as the prog revival of the time, while Wilson – distinctive as ever – sounds confident fronting a unit that appear deliberately less fussy than his past collaborators.  The chorus isn’t quite as instant as such a tune would normally dictate, but the opening lines are delivered with real gusto; with a definite hook revolving around the title, it’s a track that – at least by the second listen – sinks under the skin.  Moving into the second part of this track, a tempo shift allows Checkley and Anderson to trade off a couple of great solos…and with that, each member of The Room has announced himself most effectively.   It’s with the second track, ‘A Casual Believer’, though, that things really start to take off.  Dropping the heavy riff in favour of tinkling keys and cleaner guitar sounds, this shows off The Room’s melodic rock credentials so much more obviously.  The understated keyboard work is classic, with bell-like sounds often present but never obtrusive, but it’s the shifting between these smooth melodies and a rockier chorus that really makes the piece.  The chorus employs some superb twin lead sounds and a reasonable classic rock sound, with Wilson’s soaring voice sounding better than ever.  With room for a brief solo – impeccably played – and a rousing climax, before falling away for a coda that hints at ‘Clutching At Straws’ era Marillion, there’s something on offer here that should appeal to all fans of the big and pompy, as well as those who like a melodic hook.  The effect is rather like hearing the most AOR-based material from Praying Mantis reworked by (muchly overlooked) Dutch melodic proggers Marathon – and that, friends, is not a bad thing at all.

Capturing The Room’s gentler side, ’16 Tonnes’ makes a bigger feature of the piano, with Checkley tapping out a well-rounded riff, with the drums adopting a slow, almost tribal quality.  Heavy on the toms, the rhythmic accompaniment is perfect for the piano motif, slowly building in volume with each passing verse. In the centre of it all, Wilson sounds particularly emotive, tackling each line with a measured and thoughtful manner – such as the music requires – with the distinctive wobble in his voice adding an extra feeling of sadness throughout.  Moving into the climax, the guitars mark their place, chugging an understated riff; the rhythm shifts firmly into rock mode, as a repetitive hook is brought firmly into play. A choir of voices – led, naturally, by Wilson – intones “And the faces always change…and life begins again!” and in this very moment, the band provides something uplifting and hugely memorable.   This is a superb seven minutes, with hints of Grey Lady Down in places – particularly during that stunning coda – but always coming across as much, much smoother and more concise.  Combined with ‘A Casual Believer’, this completes a pair of tunes that provide a near-perfect example of The Room’s crossover potential.

Sounding more like an epic and thoughtful album closer, ‘Screaming Through The Noise’ appears at the mid-point, shifting the mood even farther from melodic rock towards atmospheric prog.  Never prog in the “complex time signatures” sense, more in that – for all of its melodic qualities, of which there are many – there are hints of Pink Floyd, Pendragon and (most naturally) Grey Lady Down peppered throughout.  As with ’16 Tonnes’, the piano takes the lead with Checkley playing in a measured style. Wilson’s accompanying vocal leans towards the theatrical, not a million miles away from Dennis DeYoung in a rare mood of restraint, but once the band chime in for the main hook, everything becomes so much more appealing.  A strong vocal line intercut with big guitar chords and harmonies are each important in building to a bigger second verse, while the returning melodies sound better than before.  A superb tune all round, but it’s Anderson who truly steals the show with a very 70s, vibrato-led guitar break – an instrumental performance that invites the listener to turn up the volume, close their eyes and be transported somewhere else. Smooth edges drive ‘A Multitude of Angels’ with some clean ringing guitars and a blanket of keys.  Slow and cautious in its arrangement, there’s a very 80s feel with the way the bass plays in the forefront while those guitars mark time throughout the verse.  Shifting into a big chorus, this really showcases The Room’s keenness for the song to always be of greater importance than any musical flourish – although not as immediate as ‘A Casual Believer’, this comes with a big melody that ensures a  place as an album standout.

Firmly suggesting that you can take the musicians out of the prog band but never necessarily take the prog out of the musician, ‘In The Shadows’ sprawls across nearly ten minutes.  It’s first three minutes encapsulate many of The Room’s previous musical traits on a much broader and pompy scale: the guitars attack with an Alex Lifeson-esque quality (circa Rush’s ‘Signals’), the vocals are strident, adding a hugely melodic bent to a pumping bassline…and all before a huge chorus takes hold.  This melding of early 80s tech-AOR and the kind of hugeness of eighties prog would have sustained a killer five minute track, but The Room have other ideas…  At four minutes, when such a melodic rock track would have considered coming to an end, The Room change gears for a second movement, which in reality sounds like a completely different song. With a quirky keyboard and the kind of joviality that informs various eighties prog revival numbers, the band unleash the spirits of their musical past with noodly keyboard solos that sound like Mark Kelly circa 1984 and the feeling that this could all explode into a folk-prog jig at any second.  A third section plays with atmospheric echoed voices at the outset but soon reinstates the track’s original melody.  Moving into the climax, Wilson sounds great, but it’s the hugely melodic guitar lines that really catch the ear, especially during a triumphant sounding coda.  While musically excellent, there’s no obvious hook here: fans of eighties prog will certainly find much to enjoy, but the results will be more marginal for those who particularly enjoyed the direct style of the album’s opening couplet.  Easily the weakest point of the album (and polar opposite of ‘In The Shadows’), the four minute piano ballad ‘Behind The Silence’ shifts to closely towards something that feels too syrupy.  With a rolling piano melody and Wilson pushing his voice a little, it’s just too theatrical.  There’s a constant feeling of hearing something that sounds like the opening act to a ten minute Jim Steinman epic, or a filler track from any number of albums by any number of drippy European symphonic metal bands.  Those who like the neo-musical style might get a kick out of this tune, but for those who struggle with such styles, it’s destined for the skip button after the first play.

Gentle guitar melodies contrast with militaristic drums during ‘The Spark’, harking back to the most atmospheric GLD works.  The understated quality of this tune really helps the talent within the band hit home – there’s a genuine sadness in Wilson’s performance at the outset, the voice of a man holding back. With the introduction of a fuller arrangement with quietly played rock drums marking time against a soft four-four shuffle at first, things eventually settle into a very pleasant tune.  As with ‘In The Shadows’, there’s an unexpected twist, with Rowe throwing out hard, staccato bass notes and the percussion sharpening in turn, leading into a slightly misplaced keyboard solo.  It doesn’t sound wrong – and is definitely very appealing for listeners who like a bit of old prog – it just doesn’t lead to the big and rousing finish you’d perhaps expect.  In fact, beyond this, there’s very little; just a quiet coda and a drift into silence.  Make no mistake, though: despite the shoe-horning in of a solo that might’ve found a better home elsewhere, this is still a superb track.  Almost bringing things full circle, ‘ICU’ finishes the album with a real rocker, allowing Anderson to play with a dirtier tone – a tone that sounds great on another rousing chorus.  Beefier drums and a generally punchier approach with some great bass work (holding a strong presence, despite the middling recording budget) suggest this would be great in the live set, and placed at the end of an enjoyable hour. it ensures the listener goes away in an upbeat mood.

Straddling that perfect balance between prog, pomp and very early eighties melodic rock, this album is probably a little too pompy for the AOR crowd and a possibly little to song-based for the hardened progger who thinks they’re being short changed if the songs aren’t twelve minutes a go.  However, taken on its own merits – as each album should always be taken – most of ‘Open Fire’ is absolutely terrific; a great example of indulgence and melody colliding to create a release that, although not necessarily timeless, is certainly something rather special.