At Christmas 2014, the BBC broadcast an updated Genesis documentary ‘Together & Apart’.  It had been some time since the previous feature length document of the band had been pieced together – 1992’s excellent ‘A History’ – and so, any focus on the much neglected Ray Wilson era and the ‘Calling All Stations’ album was anticipated by fans.  As well as including interviews with the five members of the classic 70s era in the same room, this was to be event television for the Genesis fan.

At least in theory.
The five members of the classic line up – Peter Gabriel, Michael Rutherford, Tony Banks, Phil Collins and Steve Hackett – were reunited for interview, though you’d hardly know that Hackett was there, being cropped from almost every shot and hardly ever spoken to.  It was obvious that Banks did not want to be there at all, coming across as a very bitter man, sniping at Hackett’s contributions to the band on more than one occasion.  1973’s classic album ‘Selling England By The Pound’ was given a whole ninety seconds of discussion (or thereabouts); 1976’s ‘Wind & Wuthering’ appeared to never even have existed…and as for Ray Wilson?  Ray who?

In all, a terrible document of a great band.  Despite receiving an extended release on blu-ray disc, most fans agreed that they’d probably never watch this again, preferring instead to remember the band as they’d been presented in ‘A History’, a brilliant documentary consigned to dusty VHS forever, never having a DVD reissue.

At Real Gone, we love Genesis, and we know lots of you do too.
In the tradition of earlier RG polls discussing the works of Led Zeppelin and Queen, we’d very much like to find out what your Genesis favourites are.  First up – the progressive years 1969-76.  Is it going to be a landlide victory for ‘Supper’s Ready’, slices of ‘Lamb’ and ‘Watcher of the Skies’, or do you love something a little more obscure?  …And what of 1969’s psychedelic oddity ‘From Genesis To Revelation’?  Is it destined to be forever unloved?   Let the polls decide!

You have ten votes.  Cast them well. Polls close at midnight on Sunday.

What are your favourite Genesis songs from 1969-76? 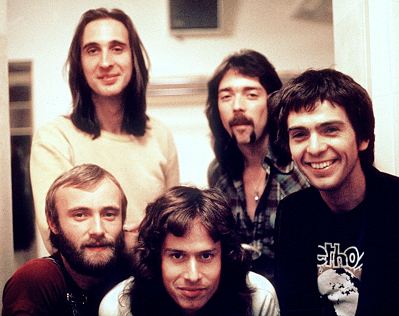 2 thoughts on “THE BIG GENESIS POLL, Part One: The Prog Years”