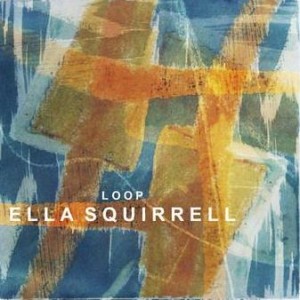 Taking in a range of influences on her debut EP ‘Loop’, singer-songwriter Ella Squirrell creates four tracks which are heavily rooted in the electronic with some hefty beats, but always retain elements of the human spirit.  The core of the music borrows heavily from late 90s trip-hop and electronica, while her open and sometimes biting lyrical approach owes more to the candid singer-songwriters like Joni Mitchell and Carly Simon from decades earlier.  In this respect, her work should appeal to devotees of Sarah McLachlan, especially those who have a liking for her work with electro act Delirium.  Ms Squirrell, of course, doesn’t just recycle these influences – as with any singer-songwriter dealing with the more personal, huge chunks of her own emotion and spirit make up the heart of the material.

In many ways, her choice of opening statement is the release’s weakest.  There’s a fantastic sounding electric piano weaving a great melody throughout ‘Quiet Fire’, aiding Ella’s natural vocal tones with a very retro sound.  Left to stand alone – much like a live performance from Narina Pallot, this could have been absolutely captivating, but there are heavy beats added – beats that have a flat-ish sound – and a few extra multi-tracked voices, shifting this into the realms of an early 90s Everything But The Girl remix.  If you like that, it’s fine enough – and certainly grows with repeated listens – but there’s a nagging feeling that a much better recording exists as a stripped back piano demo.

You are strongly advised to not fall at the first hurdle when listening, however, since the remaining three numbers are far more interesting.  Deeply personal, ‘There Is a White Dove’ captures Ella at the piano in a mood that is equal parts Tori Amos (albeit without the feminist anger) and Adele.  The main tune is floaty, the feeling of the metaphorical bird in flight, the piano slowly joined by strings and a hard-plucked upright bass.  The addition of live sounding jazz bass is utterly inspired, a whole world away from the electronica heard previously, but naturally it’s Squirrell who is the real star.  At various stages within this tale, she cries lines full of soul-bearing angst, as she comes to terms with the potential end of a relationship. She hears him “laughing with another girl”, and asks metaphorically if he’s telling the third party he doesn’t love her any more.  Simple, poignant, and sad, before moving into the much darker payoff, where the protagonist will “write [her] words onto his skin, so [he]’ll never leave, or never deceive.”    Mixing a jazzy trumpet with a dark bass loop worthy of Massive Attack, ‘Trouble’ blends all of Squirrell’s key influences into one four minute slab of electro spookiness.  With Squirrell choosing a reflective vocal style, almost hushed and breathy, it would have been easy to place that voice against electric piano once again, but instead, this is chockfull of deep bass loops, the bottom end with its bendy approach sounds great played through large speakers, while simultaneously being in contrast to the gentle, naturalistic vocal.

The best of these four tunes is the title cut.  A sassy, swinging slice of jazzy pop, it has a strong focus on the keys once more, with Squirrell tapping into a riff that hints at Brubeck’s classic ‘Take Five’, before gaining more of its own identity.  With the smooth retro backdrop, the singer-songwriter really comes into her own on a number that sits somewhere between Saint Etienne’s more low key material and cult artists The Postmarks.  Her voice is natural and friendly, but without gaining the intimacy of ‘Trust Is a White Dove’, the sound of a very confident performer.  The basic elements of music and voice would easily ensure this number a place as the standout, but aided by some understated backing vocals and clarinet break recalling Sting circa ‘Nothing Like The Sun’, it quickly elevates itself from being merely good to being an adult pop classic.

It may have a wobbly start, but once this EP has ended, you may find yourselves wanting to hear more.  Since Ella is happy to draw heavily upon personal experiences, there will be other like-minded souls who are able to really connect with this material and – although not perfect – these four tunes mark a great starting point for this Dorset-based performer.