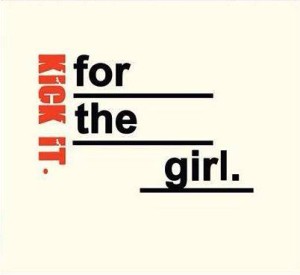 For The Girl favour a jangle over a crunch, making them odd bedfellows with Orchard Hill, but on the whole, that gives their music a real feel-good quality.  By the time these five songs are over, its obvious there’s something going on here that’s worth a listen…although the band’s potential appeal isn’t instantly obvious.  Opening with a big drum riff buried under a selection of phased effects, it takes a short while for the band to fully present themselves.  Once hitting their stride, ‘Hoping For The Better’ is a no-nonsense indie rocker with a simple “la la” hook and with lead guitarist Luke Hutchinson beavering away in the right speaker channel.  There’s a fantastic sense of energy throughout this track – helped no end by a busy drum performance courtesy of Nathan Fox.  Despite the immediacy of the music, the end results are somewhat of an acquired taste due to a distinctive but not always appealing lead vocal style.  Sam Plenty favours a fairly shrill approach, his wobbling voice not a million miles away from Passenger.  If you like that style, that’s great, if not…well, it’s gonna hamper your chances of getting much farther.  ‘Eliza’ takes a similar approach but throws in a few synths and a stronger all-round melody.  Fox still sounds busy tinkering here with a few high hats, the rhythm guitar work is tight and even those vocals appear more at ease.  A repeated refrain of the title fleshes out the bulk of the chorus to make this a more than reasonable indie rock workout.  ‘Young’, meanwhile, beefs up Josh King’s rhythm guitar work, as he constantly meshes against Hutchinson’s shrill and pointed leads.   Since the individual elements are fairly strong throughout, it is a surprise that nothing more memorable resulted in the finished piece – very much a case of good but never great.

It’s only with the final numbers that For The Girl’s main appeal becomes far more telling.  On this pair of tracks, things slow down a touch; the more spacious arrangements allow for more melody to cut through.  On ‘Why Can’t This Be Easy’, things are helmed by a fat and funky bassline, its unaccompanied slapped strings maintaining a very strong presence in the intro.  With the intro of the full band, the bass keeps a hold, anchoring the main melody as a world of jangling guitars fill a huge space.  A brief interlude combines more jangle with a subtle piano for a great melody before the bass drives everything back for a solid pop/rock finish.  There’s a reasonable hook here, although thanks to another vocal masking some of the words and with Sam now sounding like a coarser version of Roland Gift, again, it isn’t as instantly appealing as such a tune deserves.  Finishing with a ray of sunshine, the aptly named ‘Summer’ evokes some late 80s indie pop. The way the rhythm guitar plays against a solid bassline is slightly evocative of the brilliant Housemartins – some of the guitar work resembling that of Stan Cullimore, though this is possibly unintentional.  The overall tone/production, meanwhile, is unavoidably more modern, closer to Frankie & The Heartstrings.  There’s even a hint of something memorable in the vocal depot too – a strong melody and repeated mentions of the beach and air guitar close this EP on very much a high note.

‘Kick It’ is somewhat of a mixed bag in terms of results.  The band have so obviously settled on a musical style; there’s no hint of anything lacking focus in the arrangements and each of the tracks is well produced for a DIY release.  The songwriting is perhaps a little less punchy than it could be, although that may have something to do with that vocal performance.  The quirky vocals are certainly going to remain a stumbling block for some – even once you’ve tuned into their general tone, there are huge chunks of lyrics which remain indecipherable – even when the tunes appear well arranged.  Even so, For The Girl have the sparks of something interesting and potential for any rough edges to be smoothed out along the way.   It isn’t necessarily essential listening, but fans of Franz Ferdinand and their ilk may just want to take a listen – in jangly indie terms, ‘Summer’ in particular is certainly worth three minutes of your listening time.