The box will contain each of their classic 1970s studio releases plus the essential double live LP ‘One More From The Road’, pressed on high quality audiophile 180g vinyl.

The albums are housed in a rigid slipcase box. 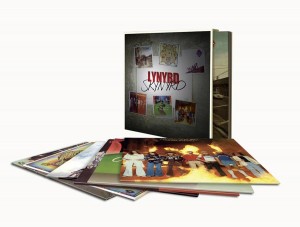