In 2010, an unexpected power pop gem appeared in the release schedules by an unknown band named Oranjuly.  The release played almost like a history of power pop, pulling influence from Brian Wilson, Paul McCartney, Jellyfish and Weezer on a strong set of songs.  A year or so passed and we hadn’t heard much from the Oranjuly camp at all…until multi-instrumentalist/vocalist/songwriter Brian E. King re-appeared in a band named Parks.  In the autumn of 2014, Real Gone caught up with Brian to find out what happened to the Oranjuly project and why they seemed destined to a be a one album deal.

RG: Four years on, the Oranjuly album still sounds great. It was well received by almost everyone who heard it upon release.

BK: “The Oranjuly LP was extremely well-received. It made a ton of year-end lists in 2010/2011 in the small niche of the supportive powerpop community and we instantly recouped our recording budget. I consider that first record to be a decent demo as those were literally the first 10 songs I ever wrote.

RG: Really?!
“Yes…they were absolutely the first songs I ever wrote, give or take a few that didn’t make the record.  To be honest, the Oranjuly record is not my favorite thing to listen to, but it was a learning process into how to make a record. I’m a little embarrassed by it because my influences were so obvious.”

RG: Embarrassed? You shouldn’t be, especially given how well loved the album appears to be.
BK: “The obvious influences/callbacks in the album were intentional and they were meant for a specific audience…and I think that’s why power pop fans liked it so much. The first work any artist does is going to pretty much be a ripoff of who they admire and that record is no exception. I sometimes enjoy listening to stuff like that but it’s just not what I want to do and where my head is anymore.”

RG: That explains a lot. It was a big surprise when you never followed it up.
BK: “Well, the second Oranjuly album was 25% recorded but, frankly, I didn’t want to make another power pop record. It’s a polarizing genre that is synonymous with “retro” or “throwback-y” and I’m not interested in trying doing what’s already been done a zillion times better than what I could do. I want make music that’s more honest to myself instead of McCartney-esque chord changes. I’ll always be a fan of Beach Boys/Jellyfish/Weezer but it’s not the type of music I want to make or be known for. Also, nobody could pronounce Oranjuly [Orange-you-lie] and I wanted a solid band of friends who I can collaborate with instead of essentially making another one-man-band album.  Long story short, I needed a fresh start and the name sucked!”

RG: …Parks is a fully formed band now?
BK: “Yeah. Parks consists of myself and four other super-talented and fun collaborators. I write the tunes (with some lyrical help from others) but this is a group who work for the sake of the song with the intention of a fantastic live show.  The band was formed around September 2012 around the time I released “Sweater Weather.” At that time, it was only myself, bassist Matt Girard and Liz McBride on keys and vocals, who were briefly in Oranjuly filling-in before it ended. I should probably say at this point, Parks only existed in name only…we needed a drummer and a lead guitarist and we eventually got Brian Fitch [drums] and Stu Dietz [guitar/vocals] to join. They’re both huge talents with great ears for arranging and harmony.  Once the line up of Parks was in place, there were probably five or six Oranjuly songs intended for a second record, but I stopped working on them and wrote all new songs for Parks. The Parks LP includes no Oranjuly leftovers whatsover. I might release them as-is in their unfinished form as part of our PledgeMusic campaign to our fans who have pledged on our record…but who knows…? ”

RG:With a Pledge campaign in place, when can we expect to see and hear the Parks album?
BK: “There’s no ETA yet. We have an extremely supportive fanbase who are funding our upcoming debut LP via PledgeMusic. We currently only have two songs out there but we’re lucky in that we only play the bigger venues in town and we’ve been even more lucky to open huge shows for popular touring bands, which has gotten us a lot of new fans we wouldn’t have picked up anywhere else. Seeing these bigger bands do their thing is hugely inspiring and eye opening too.  Parks has been extremely fortunate when it comes to these types of shows and audiences and a few years back, Oranjuly opened for The Lumineers – before they got huge and Fountains Of Wayne. That was a big deal for me as a fan. It’s not just about the bands, though…we have to thank our fans, family, and friends for coming to these shows and supporting us. It means the world and I think they know how hard we work at doing what we do.”

RG: So, exactly how different is the new material?
BK: “I think the record is going to shock a lot of people in that it’s very different than Oranjuly, but better in every single way. Especially in the song writing and production, which is a lot more rhythmic, modern and a little dark and spooky at times. It feels right.”

RG:Recently, you’ve also been doing some studio work with Ransom and the Subset.  Was that an enjoyable experience?
BK: “Working on the Ransom and the Subset LP was fun and also a learning process in how to have a big impact on a record without rewriting the artist’s songs. [Ransom’s main man] Randy Porter was a fan of my work and asked me to produce/arrange/play on his record, essentially making his songs stronger with what I do, which I think is finding and creating catchy moments, with exciting performances and unconventional melodic twists and turns. I get bored in general pretty quickly, so I’m always working hard to create excitement both in the music and to also keep myself from losing interest. That said, I only take projects in which I enjoy the music, and Randy’s songs were great from the start.  He’s based in Seattle and I’m in Boston and so he began to fly here once a month to get in the studio with me and my favorite mixer/engineer/Grammy-winner Ducky Carlisle [Buddy Guy, Bleu, Mike Viola, Air Traffic Controller], who played drums and made the album sound so damn good. He’s the best. Randy and Ducky have twenty-something years on me but we share a musical vocabulary and a shared goal of creating a catchy and exciting record without the atypical power pop BS. Some of my arrangements have more in common with modern stuff like The 1975, ‘Viva La Vida’-era Coldplay, and even Katy Perry than Elvis Costello or 90s rock…which unfortunately is 95% of the power pop genre.”

RG: Having now worked with Ducky, do you think you’ll hit the studio with Mike Viola sometime?
BK: “I’ve played with Mike the last few times he’s come to Boston, actually. I think we’ve played together three times. For me, he’s up there with The Beatles from a song writing perspective. I love the work he’s doing with Ryan Adams nowadays and I think it’s Ryan’s best work in years. I’ve been listening to that album a lot. I’ve also hung with Bleu in the studio at Ducky’s. His first few records were huge inspirations. Mike and Bleu are so talented it’s scary!”

RG: The Oranjuly release gave everyone a reasonable idea of what had been on your stereo over the years.  What else gets a lot of play time when you’re not working?
BK: “There are a lot of albums I constantly go back to.  There’s a great record by Mayer Hawthorn called ‘Where Does This Door Go?’ which is kinda modern R&B mixed with bits of Steely Dan and Hall & Oates.  …And there’s Steely Dan – they’ve made a lot of great records, but I play ‘Gaucho’ regularly.  From a similar time, the Eagles ‘Long Run’ is brilliant.  Even though they’ve sold a zillion records and have infamously grating personalities, they’re underrated from a songwriting/production point of view. Their documentary may be the best music doc out there.  There are a couple of records by a new band, Hospitality, which I think deserve to reach a wider audience, too.  They’ve turned out to be one of my favorite new bands. There is something familiar to their songs, yet they’re not derivative whatsoever from what I can tell. That’s what I look for in new music and what I aspire to as a songwriter. There are a lot of atmospherics and vibe in their records yet melody is still at the forefront. I’m glad we’ve had the chance to play with them too.”

RG: Aside from working on Parks material, what do you hope the future will bring?
BK: ”I would love to have a career producing and songwriting. I love doing it and I’ve discovered that it’s a natural position for me to be in. I love taking on new projects if I like the music and personally like the artists. I’m a big proponent of musicians getting out of their comfort zone and trying new things. If you’re not willing to do that, then why hire an outside person to work on something so precious?I love producing and arranging and I’m doing more and more of it, which is why the Parks LP is taking so long to finish… That said…I’m available!” 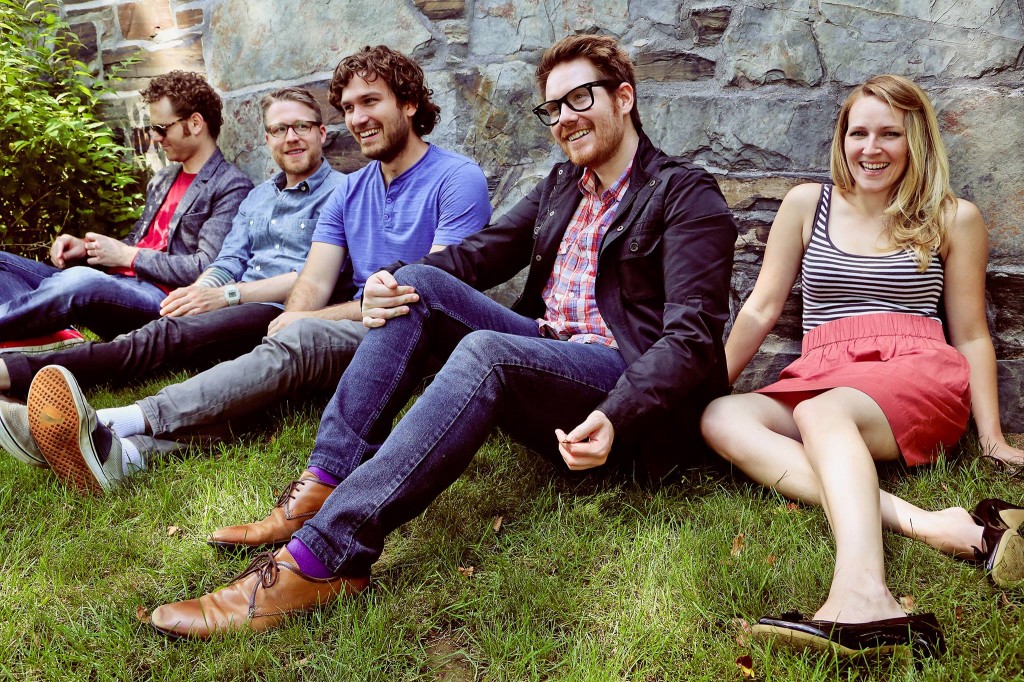 The Parks album should appear at some point in 2015.  In the meantime, visit the band’s official website here.