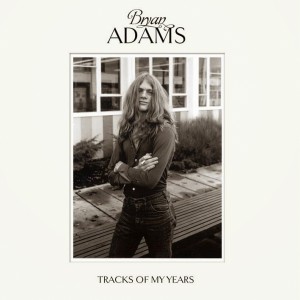 During his earlier years, Bryan Adams released some great albums.  His fourth album (and international breakthrough) ‘Reckless’ remains a cornerstone of any AOR/melodic rock collection, sounding every bit as great as it did in 1984.  Its massive hits – ‘Run To You’ and ‘Summer of 69’ – have stayed in regular radio rotation around the world ever since and deservedly so.  1987’s ‘Into The Fire’ seems overlooked by comparison but is almost equally strong, while 1991’s ‘Waking Up The Neighbours’ – despite a leaning towards a Def Leppard backing vocal sound, courtesy of Mutt Lange – showed The Groover From Vancouver still very much at the forefront of the AOR scene with much to give.

From that point on, although his output has been scant, Bryan’s albums have presented very much a case of diminishing returns.  His four studio releases from between 1996-2008 each hold claim to a couple of great tracks, though rarely anything as enjoyable as ‘Summer of 69’, ‘Heaven’ or ‘Can’t Stop This Thing We Started’.  With a huge gap of some six years since his previous release, it wouldn’t be too much to hope that he’d been stockpiling songs, ready to release something that would blow AOR fans away in the way he once had…but sadly, his long-overdue return is not exactly a return to form.

In terms of unheard, self-penned works, this release just offers one solitary track.  Written with the help of long time collaborator Jim Vallance, ‘She Knows Me’ is a fairly laid back semi-acoustic affair.  It’s lyrically simple, but the end result suits Adams’s slightly ragged, aging voice especially when pitched against the staccato strumming.  It mightn’t be up there with the pair’s best 80s works, but the way the quieter acoustic-based verse explodes into a full electric chorus taps into a decent AOR sound.  Throw in a melodic bridge in a different key and a few whoahs and you’ve at least got something that could sit happily alongside the better moments of 1998’s ‘On a Day Like Today’.  A few more tunes of this calibre and Adams’s return might have been more promising.

As it is, the remaining nine tracks from ‘Tracks of My Years’ finds him tackling that tricky beast – the covers album.  When done with vigour and imagination – as per Powerman 5000’s ‘Copies, Clones & Replicants’ or Sandie Shaw’s muchly ignored 1969 LP ‘Reviewing the Situation’ –  the covers album can be a wondrous thing, allowing the artist to put their own stamp on material which influenced them.   Quite often, however, the covers album is an uninspiring article oft used to fill a hole in a recording contract – sometimes, they go from uninspired to flat-out awful (see Puddle of Mudd’s travesty from 2010).  Sadly, it is the uninspiring category that best befits ‘Tracks of My Years’, with the singer occasionally rising to the task with aplomb, but all too often tackling the works of the 1960s and 70s with all the enthusiasm of a poorly paid cabaret act impersonating Bryan Adams.

‘Kiss and Say Goodbye’ (originally by US doo-wop band The Manhattans) brings one of the album’s finer recordings.  Taking a slow and moody arrangement, heavy on the drums and the electric piano, we hear Bryan stretching himself emotionally, much in the way Joe Cocker might handle the song in question.  The combination of well arranged bass and keys, as well as a heartfelt vocal performance ensures this track more than passes muster and certainly deserves a few repeat spins.  The Beatles’ ‘Any Time At All’ also represents half-decent fare with the moptops’ style traded in for something a bit more rootsy, like a cross between ‘Nobody’s Perfect’ era Danny Tate, The Byrds and Adams’s own ‘When You’re Gone’.   There’s a joyousness on this recording that the other covers often lack – the way the twelve stringed guitars  ring out against an upbeat vocal performance suggests some fun was had at these sessions – it’s a pity that rarely comes across elsewhere.

Sadly, the other eight recordings are far less interesting – and sometimes far less fortunate. ‘Lay Lady Lay’ gets dusted off and played as closely to Bob Dylan’s original 1969 recording as possible with some pleasing lapsteel (fine enough, but not as enjoyable as Sandie Shaw’s version), while The Adrissi Brothers ‘Never My Love’ takes on the mantle of mid-paced country pop, complete with slide guitar reminiscent of George Harrison’s work on ‘Cloud Nine’.  Like the Dylan cover, there’s nothing upsetting here, but unfortunately nothing really inspiring.  For those who like music purely as background noise, this will be fine enough.

The rest of the songs are bad enough to almost wipe out any goodwill.  Average to poor, ‘The Tracks of My Tears’ gets stripped of any of Smokey Robinson’s vocal passion, with Adams huskily delivering each line like a bargain basement Rod Stewart, though his vocal isn’t the biggest musical crime.  The distinctive brass – gone;  the once powerful, sassy arrangement that seeped emotion from its very core – gone; all replaced by a syrupy country-tinged semi-acoustic strum along that sounds like a Tom Petty reject played by a Vegas house band.  There’s professionalism, but there’s just no spark.  A hint of jazzy guitar provides a tiny amount of interest before limping back rather sheepishly, but on the whole, if you want a quick lesson in how to reduce a timeless recording to little more than easy listening mulch, this is it.  Creedence Clearwater Revival’s once celebratory ‘Down On The Corner’ is subjected to similar middle-aged indifference, as Adams hammers through every line with very little flair and his backing band go through the motions, clearly ignorant of the Fogerty brothers drive and enthusiasm.  It picks up for the last chorus and a includes some decent slide guitar during the coda, but by then it’s too little too late.

Although the arrangement sounds moderately tough and the arrangement comes with a relatively rollocking piano part, the rock ‘n’ roll standard ‘Rock ‘n’ Roll Music’ doesn’t come with too much fire – certainly not the level of vigour it really needs.  There are two major reasons for this: the recording sounds surprisingly flat due to being awarded an end mix that’s made for mp3 players as opposed to decent equipment, and Adams growls and croaks through each line.  He’s absolutely incapable of singing anything at volume any more and this really shows up those limitations.  For a number that’s supposedly celebrating youth and noise, Adams’s own ‘Kids Wanna Rock’ scores far better than this middling cover. Stick with the Chuck Berry (1957) or Beatles (1964) recordings instead…

Elsewhere, the much covered ‘Sunny’ (written by Bobby Hebb and perhaps best loved in Boney M’s 1976 incarnation), rattles along almost inoffensively, like readymade shopping centre music.  A solid piano and drum provide the backbone of the piece, while intermittent strings are underused (and possibly not real), but on the whole, it doesn’t manage to score any points for imagination.  That said, adopting a suitably breezy vocal, Adams sounds like he’s having a fun time.  Scraping the bottom of the barrel in what could be the worst artistic decision ever, Bryan manages to make David Bowie’s bombastic, bellowed cover of ‘God Only Knows’ sound like a masterpiece.  Brian Wilson’s 1966 recording with the Beach Boys sounded like very little that had gone before – a psychedelic world of many layers, a sad song lifted by a world of jubilant vocal harmonies and a theramin from Mars.  Absolute pop perfection in one tiny time capsule…and yet, Adams thinks the song would better benefit from a dull torch ballad arrangement.  His skeletal musical idea of presenting just piano and voice may well have worked had the Canadian record-breaker had any real voice left.  As it is, his middling, ragged tones deliver each line without any love or enthusiasm for the song. This is genuinely horrible, the worst kind of easy listening.

A deluxe edition adds five bonus tracks: alongside ‘You’ve Been a Friend To Me’ – an Adams original from 2009 – there are four more cover tunes.  Kris Kristofferson’s ‘Help Me Make It Through The Night’ is almost charm-free, like a bargain basement Rod Stewart recording, while a semi-acoustic ‘Many Rivers To Cross’ suffers in the same way as ‘Tracks of My Tears’ – Adams just doesn’t have the tone, feeling or range necessary to tackle soulful material.   Eddie Cochran’s ‘C’mon Everybody’ comes with an authentic sounding 50s twang and is well arranged – and for that reason alone probably should have replaced ‘Rock ‘n’ Roll Music’ on the standard album.  Even if you’d never reach for this over the Cochrane ’58 vintage, it’s much better than some of these numbers.  Most surprising of all, Willie Dixon’s ‘You Shook Me’ is tackled with relative gusto and plenty of bluesy guitar.  While from a rock fans’ perspective the Led Zeppelin 1968 recording will remain the definitive, it’s good to hear Adams cranking things up somewhat.  Including this on the standard album would’ve increased the quality of ‘Tracks of My Years’ by at least 30%.

As far as misjudged covers albums go, this isn’t quite up there with the worst, but it possibly rivals Phil Collins’s 2010 release ‘Going Back’ (an album where the one time Genesis man somehow managed to make classic Tamla Motown hits sound like Alvin & The Chipmunks) for being half-cocked.   ‘Tracks of My Years’ is a record that’s only for the most devoted Bryan Adams fan…and it is a fair assumption that, despite the inclusion of a couple of good tracks, most of those are unlikely to keep it in regular rotation beyond the first few weeks’ of purchase.