A detailed review of ‘Of Roots and Flesh’ can be read here. 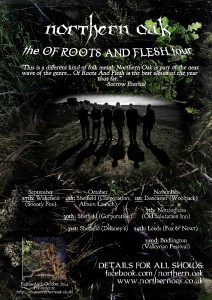