Given the popularity of Iron Maiden the world over (a band whom Henry Rollins once claimed “has fans in any country that has electricity”) and the live recordings made over the years, it’s odd they’ve never capitalised on the deluxe edition market and expanded their classic 80s albums to 2CD sets.  There have been box sets of oddities (such as ‘Eddie’s Archive’), sure, but nothing really affordable and off-the-shelf, as it were – nothing to tempt the fan into that extra, more casual purchase.

Quickly following Iron Maiden’s much-loved debut, 1981’s ‘Killers’ suffers from that “second album syndrome” whereby the record label were keen for new material as quickly as possible to keep up the momentum.  With this task ahead of them the band assembled their second release from a bulk of material that pre-dated the release of their previous long player.  Aside from being padded out with a couple of instrumentals, you’d hardly ever call ‘Killers’ a bad record, though; it contains ‘Prodigal Son’ – arguably one of the best songs dating from the earliest Maiden years –  for a start.  While from a studio perspective ‘Killers’ is outshone by the albums it sits between, from a live perspective the band were on top form at this stage…and it’s for that reason this would make an ideal deluxe release.

There are two sources of largely untapped live material from 1981.  The first set was recorded in Bremen, Germany for the prestigious Beat Club show, filmed for a TV broadcast.  Sadly, the footage from this show was not included on Maiden’s excellent ‘Early Years’ DVD.  It’s likely rights issues that caused this notable absence, thus preventing it from appearing in its rightful place alongside sets from the Ruskin Arms and London’s Rainbow Theatre.  Another show, recorded in Nagoya on 23rd May during the band’s last visit to Japan with vocalist Paul Di’Anno, only surfaced as a four track EP in the UK (a five track EP in a few overseas territories).  On the night in question, the band played a storming full length show, but the rest is yet to appear in a professionally recorded format.  The following night in Tokyo, the show was recorded once again – 17 songs of which have circulated among fans in soundboard quality, but none of which have ever been issued officially.   The whole of this show – much like the earlier German show – is of releasable standard and yet it sits somewhere in a vault. These shows from early tours have such energy, enough to make you wish the Di’Anno era could have lasted a little longer.

Assuming we ignore any red tape and other issues, a fantastic ‘Killers’ deluxe edition could look something like this: 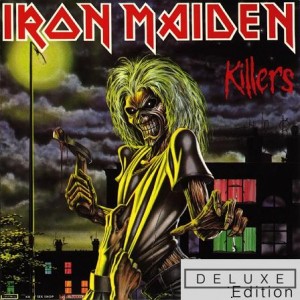 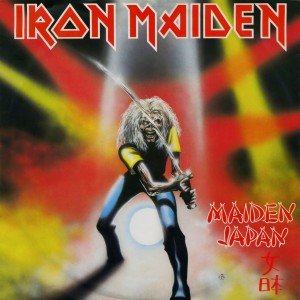 [See ‘Live in Bremen’ tracks from disc one; all performances unreleased]