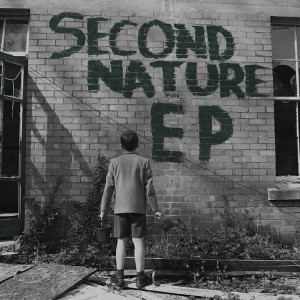 Having already been available as a free download in the run up to this release, lead track ‘Run For Your Money’ may be familiar to some, but rest assured that any familiarity doesn’t weaken its general impact. Its combination of punchy rhythms and spiky guitar riffs deliver the Brockley sound directly with a quasi-melodic charm that brings the best from the duo’s garage rock racket.  The presence of an uncharacteristically quiet mid-section over which Dec’s voice croons and cracks in its own twisted way only serves to make the loud elements sound even more aggressive upon their return – the strident mix of huge chords and mid-paced chug placing these guys in line to be direct competition with Southampton’s Band of Skulls.   Blending some gritty slide guitar work with a heavy groove and staccato riffs, ‘Destroy The Room’ breaks absolutely no new ground at all, but in terms of all-round appeal – particularly for those who like the aforementioned Skulls, or else want a harder, less commercial alternative to the Black Keys – this is the band’s best tune this time out.  Top class garage sounds with a distorted vocal line and repeated refrain of “self-destruction’s liberating” ensure this has enough charm to stick in the long-term memory; that refrain destined to become a rallying cry for the duo during their live performances.

Finally, ‘Blame It On The Weather’ begins ominously with a distorted spoken word intro which cranks the tension before the duo let loose on an arrangement that’s even more basic than anything they’ve hammered into our ears previously.  The slide guitar is primitive, the drums huge and crashy, while the chorus – largely concerned with driving the title into your skull – adds much to the general noise.  The results owe a huge debt to ‘De Stijl’ era White Stripes with its primal qualities, with Dec’s yelping closer to the younger Jack White than anything before.  If you liked Brockley’s debut then you’ll surely be in heaven with this, but for those largely unmoved by distorted grooves from minimalist band set ups it’s time to move along…quickly now, no dawdling.

Bringing much more of the same, this second EP makes a great companion to the BF debut and when the two releases are played in tandem the results are even greater.  The Forest make no attempts at winning over those who don’t dig their noisy blues vibes, but on ‘Second Nature’ – and during ‘Destroy The Room’ in particular – they sound loud and assured, armed and ready with their ragged musical warfare, fully equipped to drown out any dissenting voices.   Great stuff.

Visit their official website for sounds, gig news and other stuff: www.brockleyforest.co.uk