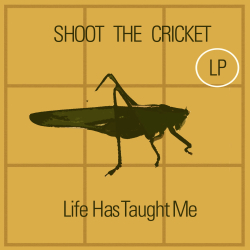 The release’s clear stand-out, ‘Colossal Brain’, breezes along with a bounce and a smile. It’s ear-catching piano pop represents a homespun approximation of Ben Folds Five, albeit without the sneering edge. The playing is solid; the vocals equally so (despite sounding like a home recording with no tweaking). Even with a very DIY feel – its demo arrangement only really falters near the end with the appearance of something that resembles a penny-whistle solo – there’s a complete feel to the performance, a brief ray of sunshine that sounds like it would be tailor made for Greta Salpeter and The Hush Sound. Equally enjoyable, though more mature, the relatively upbeat style of ‘I Want You’ allows the Bognars to sing in great harmony over a simple chorus refrain, the simple pop-based groove allowing the piano to sit out front and centre, creating something that recalls parts of another DIY piano release – ‘Lost Here’ by Fauntella Crow (though lacking the shine and professionalism). The weak link – more so than before – is the rhythm track. You’ll need to use your imagination to beef up the rudimentary programming; neither bass or drums seem as punchy as would be ideal… Even so, there’s certainly the basis of a decent song here. After these first two numbers, however, there’s a sense of things slowly running out of steam (and in some cases, a lack of anything that overtly cerebral adults would actually spend time listening to).

On the token ballad ‘Fine Line’ the core of the number is solid. The lead vocal shows strength as there’s little effort required to reach the long, high notes. The piano playing is decent enough and the minimal approach to the arrangement allows the natural vocal to take centre stage (all positive attributes). This is in the heart-wrenching style as practiced by the likes of Charlotte Martin and so many others, so isn’t at all groundbreaking, but the spacious arrangement and underplayed harmonies win out. Those who enjoy a piano ballad should enjoy this – even though it probably would have sounded better without the bass elements.

The remaining two tracks are just annoying. ‘S-O-D-A’ is quirky, yet too childish to warrant more than a couple of spins. In a rumpty-tumpty style, the piano tops a cheap sounding programmed rhythm (both drums and bass) sounding like something from children’s TV. Given the adult pop style of ‘Colossal Brain’, it is hardly likely that fans of that style will have much time for a tune that praises drinking fizzy pop…even “ironically”. Similarly disposable, ‘Mr. Lonely’ trades in the most of the piano edge for pre-programmed electronic loops in a living room experiment that sounds (in part) like an old Visage demo. It lacks the kind of punch that something danceable needs, while never really capitalising on its vacuous pop hook (there’s a reasonable chorus here that needs to be far bigger and bolder). Still, given these potential irritants, Shoot The Cricket are clearly doing something right, since they can count former Click Five frontman Kyle Patrick among their fans and supporters – and as anyone with ears knows, Click Five’s ‘TCV’ is a work of sheer pop genius.

In an age of overblown budgets, studio trickery and overuse of autotune in the world of pop-oriented tunes, it’s always a pleasure to hear real voices. Even so, a couple of these songs needed a little more than the “polished demo” budget they’ve been allowed. ‘Colossal Brain’, in particular, is crying out for the kind of bells and whistles approach given to the likes of Jack’s Mannequin et al. More and more, bands are discovering they really don’t need major record company support to make great records (see Nick Capaldi, Lyn Saga and Justin Kline for releases that support this argument); for Shoot The Cricket’s debut, however, the seeds of something with potential are here, but for now: file under “inessential”.