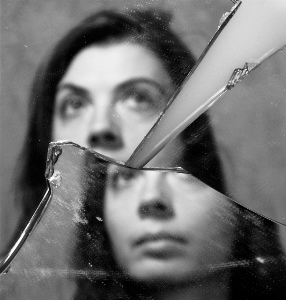 Acoustic guitars and a cello provide the heart of the opening track ‘Mountain Relief’, a deep and beautiful tune that pulls a great influence from 90s dream pop, before twisting it into something a little darker.  The dual voices of Liz Hysen and Tony Dekker work excellently together, before a pounding drum signals the end of an all-too-short track.  The string-led themes cross over into ‘Two Women’, where across a particularly sinister four minutes, a gentle guitar line recalls the quiet end of Thurston Moore’s work on Sonic Youth’s ‘Washing Machine’ under which drums are intermittently hit, more for effect than anchoring a time signature.  Topping this drab soundscape, a violin sweeps and scrapes, resulting in something that sounds like something by Carla Kihlstedt re-imagined by The Dirty Three.  Hysen’s solo voice wanders into unsettling territory as her delivery cracks and cries, without the aid of a useful harmony or warm musical backdrop.

In lots of ways, this opening couplet of numbers represents ‘You’ at its most accessible.  From then on, Picastro clearly feel listeners (both new arrivals and those already familiar) are ready for a more “gloves off” approach.  ‘Vampires’ blends no-wave guitar work with a cinematic edge, resulting in something that sounds like a cross between Sonic Youth, Tin Hat Trio and Nico with an eastern vibe. Weaving a not always obvious melody, their sense of the foreboding  is never reliant on any loudness to create intensity. The album reaches its zenith right in the centre during ‘That’s It’, a bleak statement where Hysen uses her vocal styles to channel a sound that makes her voice an instrument in itself; her wordless high pitched cries softened with a breathiness that masks most of the lyrical content.  As she does so, the band amble and drone away contently, the strange expertise of their slow rhythms accented by clanging finger cymbals.  As with a couple of the earlier numbers, it is the string work that lends most of the overall appeal – but, again, this is not necessarily music for a mass audience.

At first quieter still, Hysen’s voice is barely audible at the beginning of ‘State Man’, a simple guitar refrain and almost whispered vocal teasing the audience.  With the arrival of the rhythm section, things settle into something surprisingly commercial for Picastro.  The guitars – though still tapping into something darker than most – owe much to the nineties goth scene (in particular, bands associated with Ivo-Watts Russell’s 4AD label), while the drums adopt a steady Moe Tucker styled beat.  Proof that Picastro are perfectly adept at writing something (almost) song-based, this would provide a perfect entry point into this album – although if you expect to hear more of this kind of thing en route, in all honesty, you’d be better with a Low album, or perhaps something by Aussie dream-poppers The Oyster Murders instead.  On the seven minute epic, the string drones almost become hypnotic in their relentlessness, while the vocals sound just superb, multi-tracked and placed against more minimalist percussion.  There’s also a rare foray into electronic experimentation – the synth noises definitely add interest, though never seek to dominate; just another element of the sprawling canvas on which Picastro lay out their dark, experimental tendencies.

Ten tunes, with at least seven that require maximum effort and patience to fully appreciate, Picastro confuse, disorientate yet fascinate – and clearly love every second they’re slowly pulling you into their world.  It is not an easy musical journey, but then it was never designed to be.  While possibly not Picastro’s most consistent work, this is, at turns, disturbingly beautiful in its discordant spookiness. While even wilful for wilfulness’s sake, ‘You’ is a masterpiece of the unsettling.