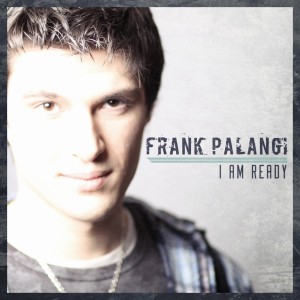 At the beginning of this second EP by New Yorker Frank Palangi, the music ambles a little, while his voice – subject to some slight filtering – fills the space.  If you’d never heard Palangi before, you’d be forgiven for thinking you’d stumbled upon yet another US rock/pop singer-songwriter, especially with the choice of sleeve art…

…And then…BOOF!  The title cut really kicks in with style, the vocals step aside and a world of drums and downtuned guitars explode into one of the meatiest guitar riffs this side of Tremonti’s excellent 2012 release ‘All I Was’.  Yes indeed, this introduces this release firmly as rock disc, with no messing. Not only are the riffs ear-catching, but they have such great tone.  As for the song itself, there’s plenty of buoyancy to balance out the hard edges… and while the chorus isn’t necessary the sharpest, there’s more than enough here to keep you listening.  With a cleaner sound, Palangi opts for staccato chugging downstrokes throughout ‘Turn It All Around’, a tune that borrows huge influences from classic post-grungers Fuel.  There’s more melody here and a surprisingly big hook, but it’s certainly not without edge (the drums occasionally lapse into double pedal frenzies).  This tune may not break any new ground genre wise, but it shows a huge talent in the making… This pair of tunes show great promise – and while not wholly original – if crunchy, slightly metallic alternative rock does it for you, this EP should hold plenty of interest.

Taking a step back – even the best hard rock discs need breathing space – ‘Frozen’ is a radio-ready ballad.  A touch shinier all round, with more than a hint of post-grunge, Palangi delivers an emotive tune worthy of Creed or Nickelback (although without the latter’s try-hard party feel or shameless cock references).  With thousands of tunes following almost exactly the same formula from the 90s and beyond, you’ll know what this sounds like without even hearing it…and although by-numbers, it’s well arranged and impeccably performed.  The heavier tunes may be the EP’s best, but in radio-land, this is the stuff that really counts…and for those listeners who like a weighty alt-rock ballad, this will be loved straight from the off.  A little tougher, ‘Boohoo’ – the stark tale of a failed relationship, that shows all the sympathy of a Chad Kroeger lyric –is quite fun in its general trashiness, although that’s mostly thanks to its quasi-pop bounciness in the main riff.  The slightly arrogant sneer in the subject material might have been unbearable if Palangi had decided to combine it with his favoured Tremonti influenced style…  It’s the kind of tune which – at least for smarter listeners – shouldn’t really appeal, and yet the professionalism of the band and the commercial bent means it gets pulled off with aplomb.

Blending ‘Frozen’s sense of melody with the heavier tracks’ power, ‘Thank You’ is the EP’s stand-out number (although the overall quality is such, it’s hard to pick just one).  Here, a sludgy mid-pace ends up with a sound that bears more than a passing resemblance to ‘Faceless’-era Godsmack.  The lead guitars call out with a ringing tone, over which a filtered vocal delivers a Creed-esque melody, while between the verses, the instrumental segues show off multi-tracked guitars where a slightly sludgy riff is complimented by a clean (but brief) lead flourish.  Like ‘Turn It All Around’, the musical themes are very much of the tried-and-tested variety, but it’s the performance that counts – and on this tune, Mr Palangi and his band each hit their mark square on.

With this kind of alternative rock, it’s so hard to find things to say that haven’t been said a thousand times before, but if you decide to check out this EP, you can be guaranteed great riffs and (mostly) great songs from a performer with a huge presence.  It’s a shame that his voice has been slightly filtered on occasion rather than letting it stand naturally, but that’s a minor point.  If you like it riff-heavy, but radio friendly (often in a Fuel and Tremonti-esque style), even if originality isn’t necessarily at the forefront here, this EP is one not to be missed.