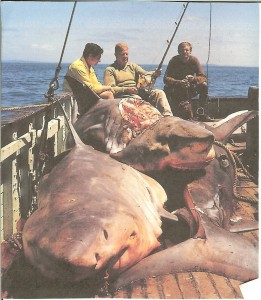 The best track overall, ‘Central Sea’ starts excellently with a rumbling bass line and classic sounding drum part, before guitarist Peter Muller joins with a surf-inspired chord pattern.  Briefly allowing the listener to think this tune may end up sound like a cross between Wire and a classic 50s surf band, just as quickly, things move into a full (and frankly, less interesting) garage/indie rock tune.  The strong bass line persists, but the general tone is one more akin to The Wedding Present.  Vocalist Jonathan Chapman’s delivery a little rough, but during the loudest moments, his unfussy style fits the band’s mood. ‘Never Look The Other Way’ brings much more of the same, with Muller’s hard rhythmic guitar work linking everything together.  Again, you’ll find another reasonable tune lurking beneath the more (possibly deliberate) off-key moments, but while the vocals are a little wayward on the other tracks, there’s a sense here that Cross Wires are pushing their more discordant tendencies a little too far…

Thanks to a use of stops within its main riff, the EP’s remaining tune, ‘From The Bowery To Bethnal Green’, at times, has a quirkier quality. Clarke is firmly in the driving seat throughout as his drumming effortlessly shifts the tune from pointed post-punk sounds to a far more upbeat style, predictably setting the pace for another full on indie jangle during its chorus.  On early listens, this number has a less instant hook, but between the great drum line and a brief foray into wah-wah guitar moments, it is far more interesting.  As with ‘Central Sea’, Chapman’s vocal style mightn’t be everyone’s cup of tea – especially on the longer notes – but as before, there are times when it sits fine given the musical style, even with its more obvious wailing tones.

Although tighter than their previous works, the band often appears rather raw here, but their rhythm section is pretty good throughout.  There are waves of potential, even though you may find yourselves looking for something a touch more harmonious at times.  You can check a selection of tunes from Cross Wires using the widget below.