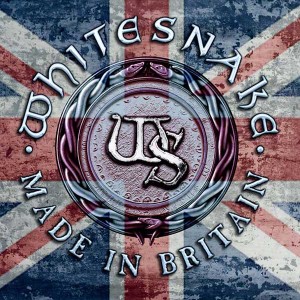 Given the state of things by this point, you’d have to wonder why the band would want to release not one, but TWO live albums documenting their ‘Forevermore’ tour, especially with ‘Made In Britain/The World Record’ appearing barely months after the ‘Made In Japan’ CD and DVD set.  Since the most loyal fans have already purchased the ‘Live In Japan’ set, what appeal does ‘Made In Britain/The World Record’ really have to give?

Regarding this release, the band are in better form than on the ‘Japan’ disc, with versions of ‘Forevermore’ tracks ‘Love Will Set You Free’ and ‘Evil Ways’ having a blistering sound; especially the latter, featuring drummer Brian Tichy in particularly unsubtle mood.   One of the real positives comes from the inclusion of a rather fine rendition of ‘Ain’t No Love In The Heart of the City’ which, although not as masterful as it had been the classic days of Moody and Marsden, still manages to capture some of the old spirit of why most people loved this band from way back.  Although not as sharp and occasionally appearing a little gravelly, even Mr. Coverdale’s chocolaty tones are mostly in tune.  And this, in itself, brings a point which needs raising: having seen the harsh realities of an actual live performance on the ‘Forevermore’ tour, this recording doesn’t actually sound genuinely live.  Whether this is a case of post production tweaking from contemporary performances, or patching in vocals from elsewhere a little farther back, it doesn’t detract too much from the overall live vibe though, since – much like Queen’s ‘Live at Wembley 86’ release – the guitars have been mastered rather loudly and the crowd interaction gives a reasonable sense of atmosphere.

Also noteworthy, a medley of Deep Purple’s ‘Burn’ and ‘Stormbringer’ pays homage to Coverdale’s formative years.  Neither Beach or Aldrich have any real finesse compared to the legendary Ritchie Blackmore, but both guitarists ensure the riffs come fast and hard always hitting their marks.  Even with a lack of Glenn Hughes on the former to add high notes and DC struggling through the brief appearance of the latter, both tunes still have plenty of power – if not any sense of subtlety.   With regard to previous thoughts about post-production, though: should we really be able to hear the audience above the band all the way through this? Probably not…

The rest of the double set finds the band chugging through a selection of beloved hits and ‘Forevermore’ material with mixed results – the best, naturally, being when Coverdale is at his more melodic (whether the result of tweaking or not).  Unlike the three disc ‘Made In Japan’ set, which boasted a bonus disc of soundcheck recordings, there’s not a lot here of unusual interest for the more seasoned fan, but even so, it’s hard to find fault with the final tracklist. While many have heard it all before, the time given to album tracks makes this more than a mere ‘Greatest Hits Live’ (as per Def Leppard’s ‘Mirrorball’) and the band’s willingness to mix material in this way makes things a little more interesting than just wallowing in pure nostalgia.

Given the hit and miss nature of Whitesnake’s live performances in the 21st century, the more casual admirer would surely be happy to settle with their well worn copies of ‘Live In The Heart of the City’ and maybe even the excellent Frontiers retrospective release capturing the 1990 Monsters of Rock Festival headline set.  If you don’t actually own a Whitesnake live album, though, this isn’t likely going to be your first choice (not unless all copies of ‘…Heart of the City’ get burnt in suspicious circumstances). With both discs clocking in at over 70 minutes each, if nothing else, ‘Made In Britain/The World Record’ represents excellent value.