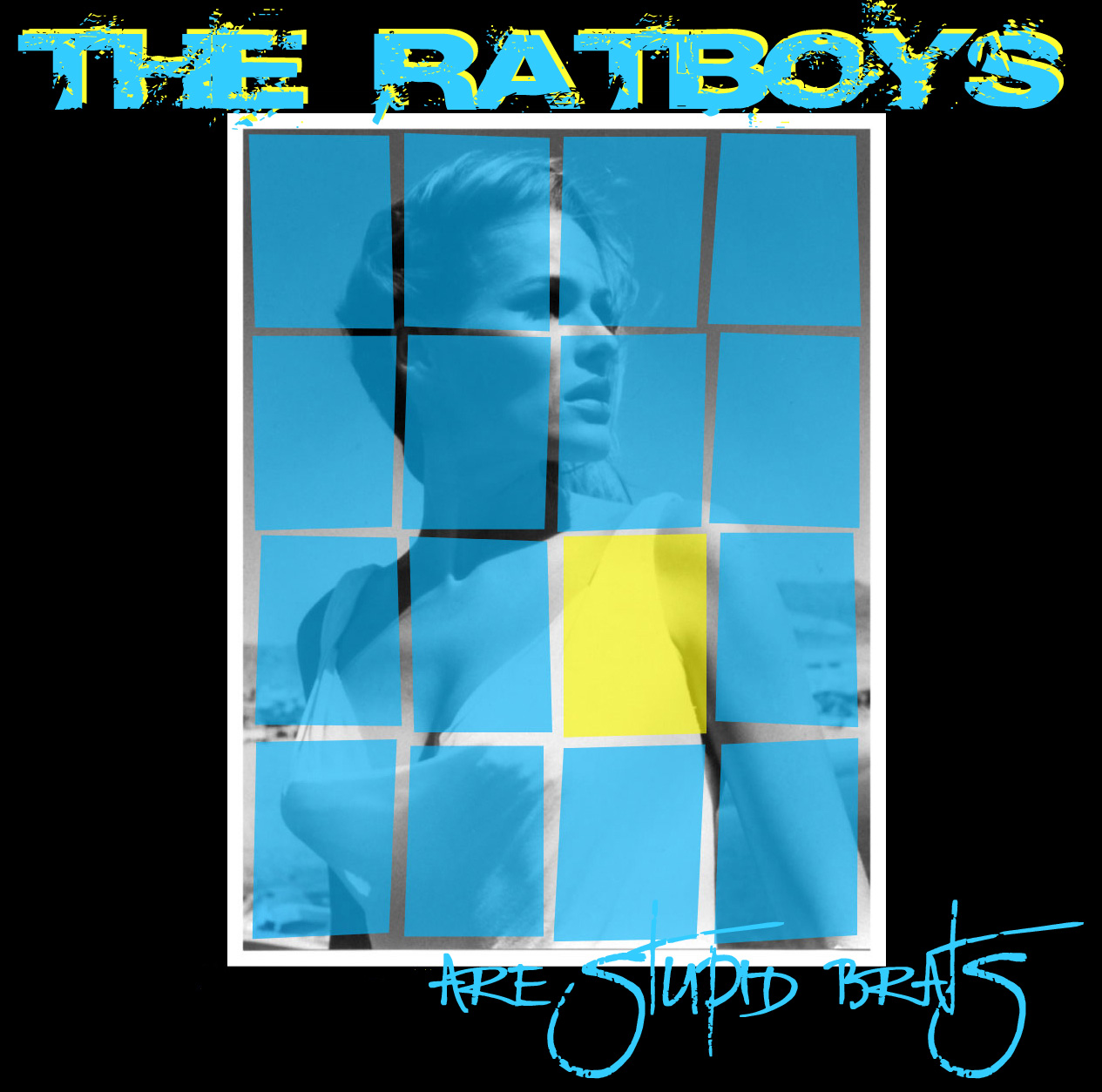 Recorded in just three days, Belgian garage rock/pop punk band The Ratboys’ full-length debut ‘Cash, Gas and Trash’ was a low budget romp that packed twelve songs into approximately half an hour. Capturing a balance of 60s twang and garage ethic, dished up with an enjoyable punky sneer and farfisa organs, it was destined to gain a cult audience.

Their 2012 record ‘The Ratboys…Are Stupid Brats’ follows a similar blueprint, it’s four songs sharing a love of old rock ‘n’ roll records, Jonathan Richman, Joey Ramone and The Real Kids.  It has a key difference, however:  a notable lack of farfisa sounds!  Those were almost pivotal to the debut, and their absence here has the odd knock on effect of making ‘…Are Stupid Brats’ sound rather more thrown together and even lower budget than need be.

For all of its self-proclaimed trashiness, ‘Cash, Gas and Trash’ actually had some very audible bass parts.  On this EP, we aren’t always given such luxury.  Bassist Ratboy Vince is there, but never as distinctly as he deserves to be, since throughout these four tunes, Ratboy Manu and Ratboy Ricky’s guitars dominate.  The lack of warmth all round works best on ‘Stupid Brats’; their slightly slapdash playing giving a sense of urgency to the tune, while Ricky delivers a simple chorus hook straight out of the Joey Ramone school of dumb fun. With plenty of repetition, it’s reminiscent of Ramones, The Dead Boys and other CBGB trash from ’77 and even with a European vocal slant, it’s a good example of brainless punk song writing that really works.

A guitar part heavily inspired by The Real Kids’ ‘She’s Alright’ initially promises great things for ‘School Bus Driver’.  Despite initial excitement, the track descends into fairly run of the mill garagey sounding punk-pop that even an upbeat guitar break never quite rescues.  On this and the following ‘Rock N Roll Vacation’, Ricky’s vocal style is wobblier than ever before, and he even appears slightly unsure when tackling any longer notes.  But even his vocal instability isn’t quite as bad as the ensuing fiery rock ‘n’ roll solo, which has a generally sloppy air and contains enough missed notes that even Paul Westerberg would baulk.   ‘Bangkok Action’ has a sharper lead riff and a louder/stronger bass part, a few gang vocals and a much better guitar solo, meaning it has plenty of potential all round.  Attempts to stretch it over a minute longer than necessary weaken its overall impact, but it is enjoyable enough in its bubblegum pop/punk approach.  Let’s just say – like a couple of these other songs – the ideas are solid even if the general fidelity and performances are a tad lacking.  In short, if US surf/pop punks The Queers got their hands on this track, it would sound absolutely terrific.

Although in the scheme of second outings, ‘…Are Stupid Brats’ was never likely to equal Ramones ‘Leave Home’ in terms of brilliance, it should have still been a little better than it is. The minimal running time means it is still possibly worth checking out, but since nothing here matches the standards set on the debut, it is best not to set your expectations too high.  Without the farfisa organs that previously gave The Ratboys a more distinctive sound (and a sense of retro cool) they no longer stand out from the pack in the way that they could.

[You can stream or download ‘…Are Stupid Brats’ via the player below.  You can also check out ‘Cash, Gas & Trash’ by clicking here]